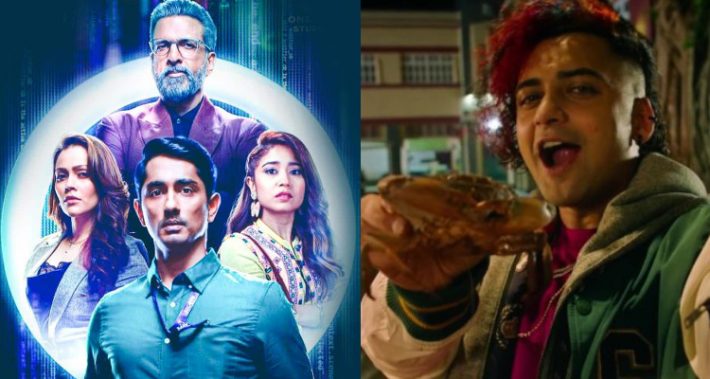 Mumbai: After creating waves of excitement on its newest show – Escaype Live released last week, Disney+ Hotstar finally unveils the two finale episodes to provide viewers and fans with a closure, launching on 27th May, 2022. Stakes are getting higher, nerves are getting tighter as the competition has now reached the finale stage for these contenders. The finale episodes of the series will define the fate of the contestants – Fetish Girl, Meenakumari, Dance Rani, Darkie and Aamcha Spider. Who finally wins the coveted cash prize and Escaype Live’s number one spot? To know, catch the finale episodes of the Escaype Live only on Disney+ Hotstar on 27th May 2022.

Director Siddharth Kumar Tewary said, “Escaype live has fascinated viewers with its captivating story, and I can’t wait to see the audience’s reaction when the final two episodes drop on Disney+ Hotstar. Much like the show’s universe, viewers can expect the unexpected when it comes to the ending.”

Bollywood actor Jaaved Jaaferi said, “For the past 30 days, viewers have been voting for their favourite stars on Escaype Live game app on the show but the countdown has now begun for India to announce its biggest star. Every diamond is taking a star a step closer to the winning line. The hour has finally come for you to decide who will get to win the number one spot and walk away with the cash prize? To know more watch finale episodes on Disney+ Hotstar”

Actor Siddharth said, “As Escaype Live is ready to release its last two episodes, I am excited to see how audiences react when they finally learn who emerges at the top. I am gifted with a lot of learnings from this show, and I am thankful to have a fabulous director like Siddharth Kumar Tewary to make a part of this series and OTT platforms like Disney+ Hotstar providing a platform for such amazing content. I hope all the fans have an exciting weekend watching the finale of Escaype Live.”

Tune into Disney+ Hotstar on 27th May to watch who finally wins the coveted cash prize in the final two episodes of Hotstar Specials, Escaype Live