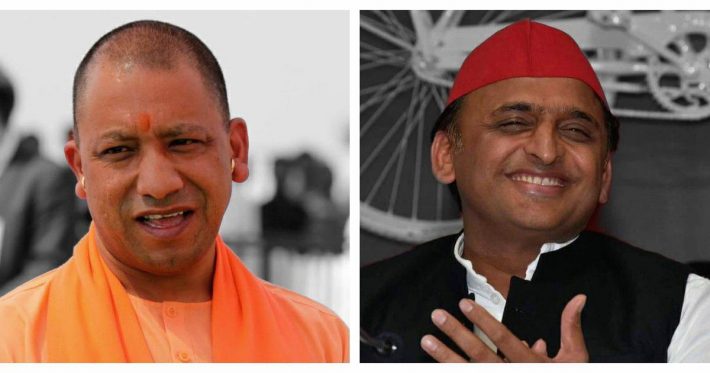 Kannauj: After its inception, the success it got in election after election had earned Itranagari the tag of a SP stronghold in the world of politics. SP has been getting success in every election from here. But this time he had to face a crushing defeat. In the 2012 elections, the SP, which made a clean sweep record by winning all three seats, was completely cleared this time. For the first time, the BJP has made a clean sweep in all the three seats, performing a record here.

Kannauj had come to be called a stronghold of the SP due to its continuous success in the assembly and Lok Sabha elections held during the last nearly three decades. But in the last five years, this fort has been demolished by the BJP. The process of defeating the SP here had started from the 2017 assembly elections, when it had to lose two out of three seats to the BJP. Then, despite the wave of Modi, the fort of the SP Sadar seat was saved, but the remaining two seats were defeated. Just two years later, in the 2019 Lok Sabha elections, the SP suffered a major setback when Dimple, the wife of the SP chief herself and a two-time MP, lost the election from here. After that, even in the civic elections and panchayat elections, the SP went down here. On the contrary, the scope of BJP kept on increasing. The SP hoped that it would return to the assembly elections citing the work done in its government, but the BJP completely turned its back on this plan.

BSP’s weakness fell heavily on SP
It is also true that this time the SP has put a lot of emphasis. Due to its active organization, a lot of preparation was done throughout the district. The results of the votes also point in this direction. In every seat it crossed the one lakh vote mark. The BJP could win all the three seats only after a tough fight with the SP. An important reason behind this is the weak performance of BSP. The organization of BSP never appeared active during the elections. Even this time the BSP chief did not hold any meeting here. As a result, the BSP proved to be weak in all three seats. Its loss is directly to the SP itself.

BJP strengthened in the village due to ration, good governance
Enthused by the success of several consecutive elections, along with the hard work of the workers, reaching the villages of the central and state government schemes also proved effective for the BJP. The scheme of free ration during the Corona period increased the reach of the party to the needy family. Political experts believe that not only did a new voter become ready, but the core voter of the BSP was also inclined towards the BJP.

MP Subrata Pathak increased his stature by winning all three seats
MP Subrata Pathak, who had already defeated the SP in his house, had shown his attitude in the Panchayat elections itself. By capturing the chair of all the block and district panchayat presidents, he promised to wave saffron in all the seats of Itranagari. It is clear from the results that not only did the resolve come true, but his political stature also increased.

This Diwali, Bareilly will see a hawk eye vigil to check COVID

All eligible ration card holders to get free ration