Lucknow: The Annual General Meeting of Travel and Transport Owners Welfare Association was recently organized. Transport Minister Dayashankar Singh was the chief guest of this program organized at a hotel located in Gomtinagar. Piyush Gupta presided over the program.

Addressing the program, Transport Minister Dayashankar Singh said that NCR vehicles had to pay tax on entering Delhi and Delhi vehicles entering NCR, which we have abolished. He said that we are far behind other states in following the traffic rules. When we go to Delhi or Mumbai, we fasten our seat belts. They also check pollution and vehicle papers, but if you want to walk in UP, you will neither fasten the seat belt nor keep all the papers of the vehicle properly. We have to change this attractive.

Association President Piyush Gupta said on this occasion that it is necessary to reduce the road tax according to other states under the major problems of taxi traders like One Nation One Tax. Which the government has to do. He said that there was a demand for removal of speed governor, elimination of irregularities in e-challan system, implementation of OTS scheme, speedy disposal of permit system in Transport Commissioner’s office. Gupta said that during the Kovid period, six months road tax exemption was given in other states. But after a lot of struggle of the organization, only 2 months relaxation was given in UP, which is insufficient. Anger was expressed at the general assembly. The association said that taxi traders were given maximum discount in vehicle purchase from vehicle dealers, insurance, service center works, tyres, batteries and other items by contracting with dealers. 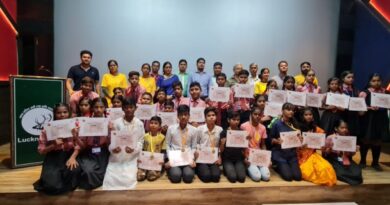 Children get honoured for good performances on spreading knowledge about Cheetahs