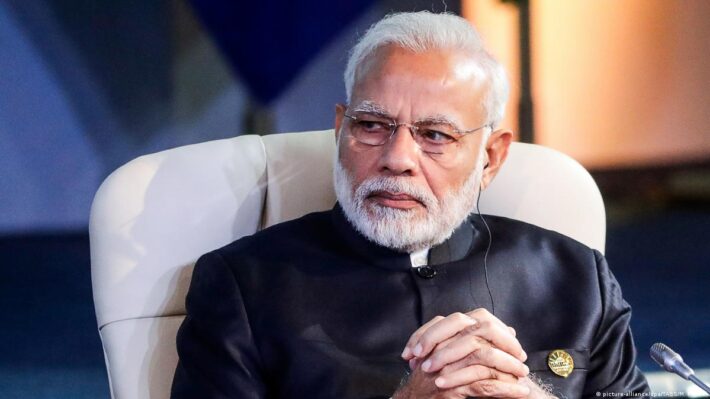 Addressing the gathering, the Prime Minister extended a warm welcome to all the investors and entrepreneurs and highlighted the role of Madhya Pradesh in building a developed India.

He said, “From faith and spirituality to tourism, from agriculture to education and skill development, Madhya Pradesh is a wonderful destination.” The Prime Minister pointed out that the summit is taking place at a time when the golden age of India’s Amrit Kaal has begun and we are all working together to build a developed India. “When we talk about a developed India, it is not just our aspiration, but it is the resolve of every Indian”, the Prime Minister remarked as he expressed happiness for the confidence that every organisation and expert in the world are showing in Indians.

Giving examples of trust shown by global organisations, the Prime Minister highlighted the IMF which sees India as a bright spot in the global economy, and the World Bank which has expressed earlier that India is in a better position to deal with global headwinds than many other countries. The Prime Minister credited India’s strong macroeconomic fundamentals and mentioned OECD which claimed that India will be among the fastest-growing economies in the G-20 group this year. Quoting Morgan Stanley, the Prime Minister said that India is moving towards becoming the world’s third-largest economy in the next 4-5 years. He further added that the CEO of McKinsey has declared that not just the present decade but the century itself belongs to India. “Institutions and credible voices that track the global economy have unprecedented confidence in India”, the Prime Minister continued, “Global investors also share the same optimism.” The Prime Minister further informed about a survey conducted by a prestigious international bank which found that a majority of the investors preferred India as their investment destination. “Today, India is receiving record-breaking FDI. Even your presence among us reflects this sentiment”, the Prime Minister added. He credited the strong democracy, young demography and political stability of India for the strong optimism that is shown towards the nation and highlighted India’s decisions that boost ease of living and ease of doing business.

“A stable government, a decisive government, a government running with the right intentions, shows development at an unprecedented pace”, the Prime Minister remarked as he threw light on the last eight years where the speed and scale of reforms have only increased continuously. The Prime Minister gave examples of reforms related to recapitalization and governance in the banking sector, creating a modern resolution framework like IBC, creating a system like One Nation One Tax in the form of GST, making corporate tax globally competitive, exempting sovereign wealth funds and pension funds from tax, allowing 100% FDI through the automatic route in many sectors, decriminalising minor economic mistakes, and getting rid of hurdles in the path of investment through such reforms.

He also emphasised India’s equal reliance on the strength of its private sector and informed that many strategic sectors like defence, mining and space have opened up for private players. He further added that dozens of Labor Laws have been incorporated into 4 codes which is a major step in itself. The Prime Minister further noted the unprecedented efforts that are underway at both the Center and the State levels to reduce the burden of compliance and informed that about 40,000 compliances have been removed in the last few years. “With the onset of the National Single Window System, about 50 thousand approvals have been given under this system so far”, the Prime Minister added.

Highlighting the modern and multimodal infrastructural developments in the nation that give rise to investment possibilities, the Prime Minister informed that the speed of construction of National Highways has doubled in the last 8 years along with the number of operational airports in the country. The Prime Minister also touched upon the unprecedented improvement in the handling capacity and turnaround time of India’s ports. “Dedicated freight corridors, industrial corridors, expressways, logistic parks, these are becoming the identity of New India”, the Prime Minister said.  Throwing light on PM Gatishakti, the Prime Minister remarked that it is a national platform for infrastructure building in India which has taken the form of the National Master Plan. He further added that updated data related to the governments, agencies, and investors are available on this platform. “We have implemented our National Logistics Policy with an aim to make India the world’s most competitive logistics market”, the Prime Minister added.

The Prime Minister also touched upon the digital infrastructure of the country and informed that India is ranked 1 in smartphone data consumption, Global Fintech, and IT-BPN outsourcing distribution. He also noted that India is the world’s third-largest aviation and auto market. Underlining the importance of the next phase of global growth, the Prime Minister said that on one hand, India is providing optical fiber network to every village, while on the other hand, it is rapidly expanding the 5G network. He noted that new opportunities are being created for every industry and consumer with the help of 5G, the Internet of things and AI and said that it will only accelerate the pace of development in India.

Shining the spotlight on the rapidly growing strength of India in the world of manufacturing, the Prime Minister credited the Production linked Incentive schemes where incentives worth more than Rs 2.5 lakh crore have been announced. Noting its popularity among manufacturers around the world, the Prime Minister informed that production worth Rs 4 lakh crore has taken place in different sectors so far where hundreds of crores of rupees have been invested in Madhya Pradesh. He noted the importance of the PLI scheme in making Madhya Pradesh a big pharma and textile hub. “I urge the investors coming to MP to take maximum advantage of the PLI scheme”, the Prime Minister appealed.

Laying emphasis on India’s aspirations regarding green energy, the Prime Minister informed that the government has approved Green Hydrogen Mission a few days ago which will usher investment possibilities of about Rs 8 lakh crore. He observed that this is not just an opportunity for India to attract investments but also to meet global demands for green energy. The Prime Minister urged the investors to explore their role in this ambitious mission as incentives worth thousands of crores have been arranged under this campaign. Concluding the address, the Prime Minister highlighted the new possibilities in the field of health, agriculture, nutrition, skill and innovation while stressing the need to build a new global supply chain along with India. 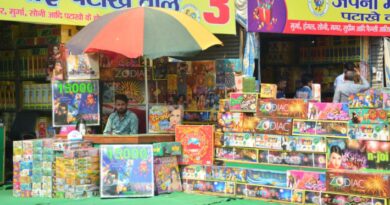 Markets this Diwali abuzz with activity in Lucknow 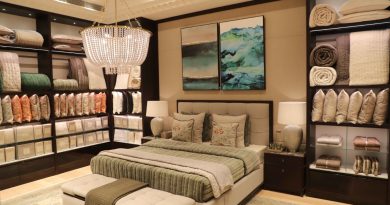