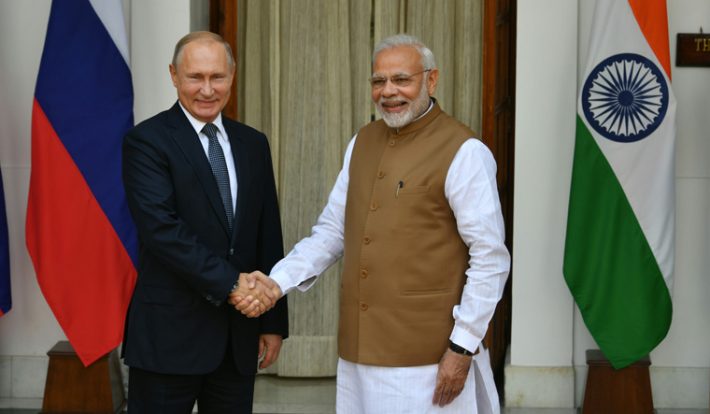 New Delhi: Since the attack on Ukraine, many Western countries, including the US, have imposed severe economic sanctions on Russia. The US has banned the import of Russian oil. In such a situation, Russia is struggling to sell its crude oil and other goods to the world. Russia has approached its friendly country India in such a situation. Regarding this, Indian officials say that the government is considering buying crude oil and other things from Russia at a discount price. Two Indian officials said that Russia has said to deal with these things in Rupee-Ruble.

India imports 80 per cent of its oil requirement. Of this, only 2 to 3 percent of the purchase has been done from Russia so far. But on the one hand, after the Ukraine crisis, the prices of crude oil in the world have increased by up to 40 percent, while on the other hand Russia is forced to sell crude oil cheaply. The Indian government wants that due to the Ukraine crisis, it should not be affected by the increased inflation of crude oil. Due to this strategy, it is preparing a plan to buy cheaper oil from Russia. This will help the government to limit its expenditure on oil during inflationary times.

An Indian government official said, “Oil and other things are being offered from Russia at huge discounts. We have no problem buying it. But there are many things to pay attention to including tanker, insurance cover. Once these issues are sorted out, then we will go ahead with the procurement. Many countries of the world have refused to buy oil from Russia since sanctions. But Indian officials say that these restrictions will not have an effect on imports. The official said that at present the mechanism of trade in Rupee-Ruble is being prepared.

However, both the officials declined to reveal how much oil has been offered and how much discount is being given by Russia. As of now, there is no official comment from the central government in this regard. Amidst the restrictions imposed by the Western countries, Russia has appealed to the friendly countries to continue trading and investing with it. India has longstanding ties with Russia and has been absent from voting against it in the UN.

Rebel with a Cause: Aditi Singh finds solace in saffron politics as 2022 nears