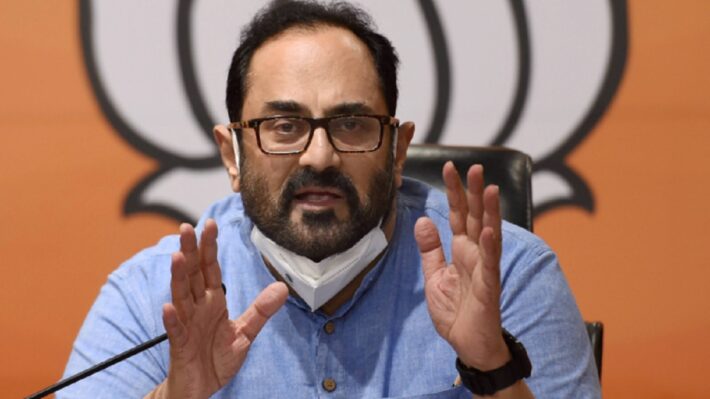 “India along with member states will work hard to build an AI framework that will be good for the citizens, with guardrails to prevent misuse”: Rajeev Chandrasekhar

This comes close on the heels of India taking over the presidency of G20, a league of world’s largest economies at Bali, Indonesia.

The Minister of State for Electronics & Information Technology and Skill Development & Entrepreneurship,  Rajeev Chandrasekhar represented India virtually at the GPAI meeting held in Tokyo for the symbolic takeover from France, which is the outgoing Council Chair.

Speaking on the occasion,  Rajeev Chandrasekhar said, “We will work in close cooperation with member states to put in place a framework around which the power of Artificial Intelligence can be exploited for the good of the citizens and consumers across the globe- and ensure that there are adequate guardrails to prevent misuse and user harm.”

Highlighting that AI is a kinetic enabler for taking forward current investments in technology and innovation, the Minister said that India is building an ecosystem of modern cyber laws and framework that is driven by three boundary conditions of openness, safety and trust and accountability.

With National Programme on AI in place and a National Data Governance Framework Policy and one of world’s largest publicly accessible data sets programme in the works, the Minister reiterated India’s commitment to efficient use of AI for catalyzing innovation ecosystem around AI, that can create good, trusted applications for our citizens and the world at large.

The NDGFP aims to ensure equitable access to non-personal data and focus on improving the institutional framework for government data sharing, promoting principles around privacy and security by design, and encouraging the use of anonymization tool.

It also aims to standardise the government’s data collection and management. The NDGFP along with the envisaged Indian Data Management Office IDMO shall catalyse the next Gen AI and Data-led research and startup ecosystem.

The datasets programmes where anonymised non-personal data will be available for the entire AI ecosystem, also aims to boost the startup ecosystem.

GPAI is a congregation of 25 member countries, including the US, the UK, EU, Australia, Canada, France, Germany, Italy, Japan, Mexico, New Zealand, Republic of Korea, and Singapore. India had in 2020 joined the group as a founding member. It is a first-of-its-type initiative for evolving better understanding of challenges and opportunities around AI. It works in collaboration with partners and international organisations, leading experts from industry, civil society, governments, and academia to collaborate to promote responsible evolution of AI and guide the responsible development and use of AI, grounded in human rights, inclusion, diversity, innovation, and economic growth.

Japanese State Minister for Internal Affairs and Communications,  Tsuge Yoshifumi, Japanese Parliamentary Vice-Minister of Economy, Trade and Industry,  Makoto Nagamine,  and French Minister for Digital Transition and Telecommunications,  Jean-Noël Barrot,  were among others who took part in the programme. 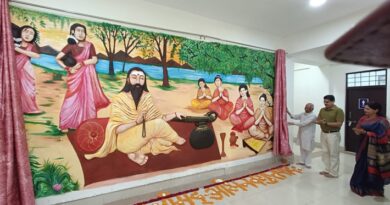