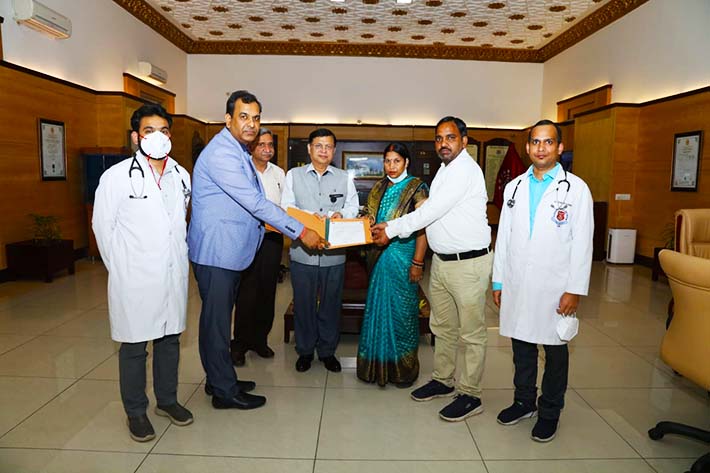 Lucknow: On World TB Day a discussion was held by KGMU on the theme Invest to end TB. save lives. On this occasion, the Department of Pulmonary and Critical Care of KGMU has decided to adopt a village and 30 TB patients to help in TB Mukt Bharat Abhiyan and  educate them for other diseases.

Under the inspiration of Hon’ble Governor Anandiben Patel, Chancellor of KGMU and Governor of the state, and under the guidance of Vice-Chancellor, Lt. Gen. Dr. Bipin Puri, Gram Panchayat – villages under Kasmandi Kala – Kasmandi Kala and Hafiz Kheda, Malihabad, the process of adopting all the villages coming under Gram Panchayat- Kasmandi Kala was completed in the presence of Lucknow’s village head  Rinki Sahu with the consent and presence of  wife of Sanjay Sahu.

Under the campaign to make the world TB free, the Department of Pulmonary Critical Care Medicine will visit villages and make people aware of TB disease. Will inform them about the symptoms of TB, so that people will get themselves tested if they have the following symptoms, so that the disease of TB can be caught. Along with this, the methods of prevention from TB will be made aware.

Tuberculosis is a serious disease caused by bacteria called Mycobacterium tuberculosis. About 40 percent of the population in the country is affected by TB infection. TB bacteria were discovered by a scientist named Robert Koch on 24 March 1882. That is why March 24 is celebrated as World TB Day.

TB bacteria enters the body through respiration and can be transmitted to other people by coughing, talking, sneezing, spitting. Therefore people are advised to keep a cloth or mask on the patient’s mouth and avoid infection.

Tuberculosis can affect not only the lungs, but any part of the body and a person of any age. The problem of infertility in women is coming due to tuberculosis. Tuberculosis of the genital organs is difficult to catch in its early stages.

Absence of menstruation on time.
Bloody discharge from the genitals.
Pain during intercourse etc.

Not having ejaculation.
Decrease in sperm count.
Pituitary gland problems.

Genitals affected by tuberculosis in women:- 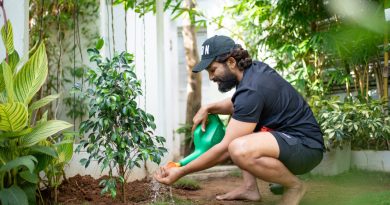 RRR : Makers planning the biggest promotional event of all times in Mumbai!