Lucknow: The Indian Green Building Council (IGBC) – one of the apex bodies in India to rate and certify a system as a ‘Green’ system – has certified Kanpur Metro as a “Green Metro Rail System”. It has awarded platinum certificate to all its nine Metro stations on the ‘Priority Corridor’ from IIT to Motijheel which is due for public inauguration.

It is yet another major milestone that has been achieved by Uttar Pradesh Metro Rail Corporation. It is also worth mentioning here that all 21 stations of Lucknow Metro have also been certified with platinum rating of Indian Green Building Council.

Kumar Keshav, MD, UPMRC expressed his happiness and thanked the CII-IGBC team for platinum certification. He also said “It will have a recurring effect on saving of energy consumed at the station. This platinum certification is an important step towards making Kanpur Metro a sustainable mode of transport. We are also targeting to reach the goal of ‘net zero’ energy consumption at Lucknow and Kanpur Metro stations. We are also planning to initiate benchmarking of stations in terms of energy conservation”. “We have been able complete the civil work of Kanpur metro’s priority corridor within a stipulated timeline. It is to be noted that Kanpur Metro holds the distinction of being the fastest constructed metro in the country.

The review was carried out by continuous monitoring of project through a site visit and collection of information during different stages of project. Different stakeholders were involved in planning, execution and implementation of green features.

The broad purpose of getting this certificate is to achieve the twin goals of sustainable development and low carbon growth, minimizing threats of climate change. With benefits ranging from water conservation, energy efficiency, use of renewable energy, rain water harvesting, material conservation, commuter facilities – Kanpur Metro’s Platinum certified stations are set to provide world class metro experience to the people of Kanpur.

Key features of a ‘Green MRTS system’ incorporated in Kanpur Metro are as follows:
• Less water usage,
• 100% Rain Water Harvesting facility on the station roof and viaduct
• Low electricity consumption,
• Less dependency on fossil fuel,
• Ease from traffic problem
• Better connectivity between other modes of transport.
• Less pollution
• Greener environment
For achieving this highest rating UPMRC has planted more than 10,000 plants and saplings at various locations. It has made arrangements to collect 100% rain water falling on the station roofs and viaduct. With an aim to become energy efficient and avoid its wastage, solar energy panels have been installed at the Poly-Technique depot. These solar panels generates about 1MW of solar energy. Additionally, 100% use of LED lighting (in the depot, stations and other metro premises), maximum use of day lighting, effective waste management and other green initiatives have been taken to save energy. Also, Kanpur Metro’s documents and sites were put to review and inspections by the IGBC-CII team before awarding the Platinum certification.

The Rating system covers project’s holistic approach towards sustainability. It asks for information pertaining to site environment management, integration of MRTS with other modes of transport, indoor environment; comfort and resource efficiency.

Through all its green and environment friendly initiatives, UPMRC is taking forward the mission of “Cleaner and Greener Uttar Pradesh” in the area of Mass Rapid Public Transportation. UPMRC has been implementing sustainable and environment friendly technologies right from the design stage of the project. Further, UPMRC is striving to achieve platinum rating for the upcoming stations as per Green MRTS rating and continue implementing green practices which are favourable to the environment. 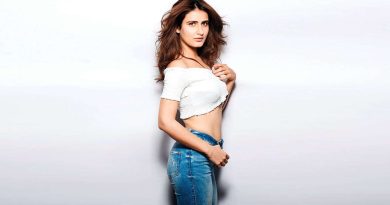 Watch out for the enthralling teaser of Amazon Original Modern Love Mumbai. Out Now

Dastak keeps the flame burning for the next 16 days