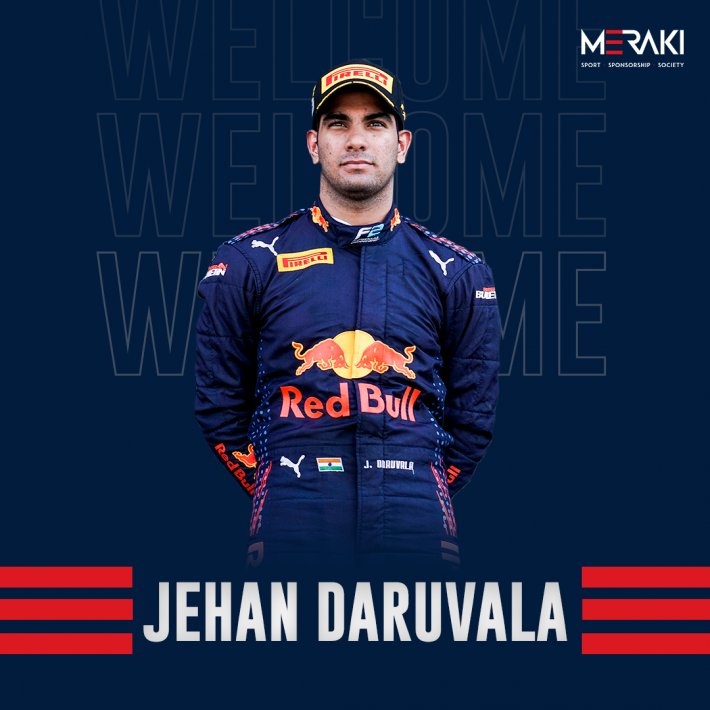 Daruvala created history in 2020 in Bahrain, when he became the first Indian to win a Formula 2 race, beating a field which included current F1 drivers Mick Schumacher, Yuki Tsunoda and Guanyu Zhou.

This year, racing for reigning champions Prema, who have won three of the last five drivers’ titles, he is setting his sights on becoming the first Indian to clinch the F2 championship.

Speaking about the association, Jehan said, “2022 is the biggest year in my career thus far, and all my efforts will be focussed on becoming the first Indian to win the Formula 2 championship. I am delighted to have Meraki as a part of my team, and I look forward to working with them to build a culture of motorsport into our country’s sporting fabric and encourage the youth to take up this global sport.”

Mumbai-born Daruvala began karting in 2009 at the age of 10. In 2011, he was picked as one of the three winners of Force India’s ‘One From a Billion’ talent hunt and in 2013, he became the first Asian to win the British KF3 karting championship.

His aim is to make the step up to Formula 1 in 2023, becoming only the third Indian to race in motorsport’s top tier.

“Jehan represents the aspirations of a billion people as India’s only F1 hope. His determination and perseverance epitomize the India of today, and we are excited to have him on our roster. Our focus will be to enhance brand Jehan, by leveraging his popularity & creating synergies with brands authentic to his personality. We also believe Jehan will play a pivotal role in catalysing the growth & consumption of the sport in India”, said Shantanu Ugrankar, Head – Strategy & Planning, Meraki Sport & Entertainment.

Jehan will join the likes of Komalika Bari, Ajai Singh Rana, Srihari Natraj and Palak Kohli, amongst others on Meraki’s roster.