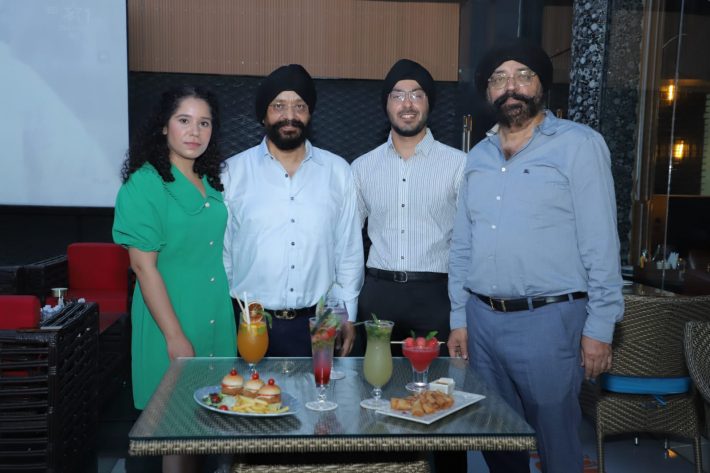 Lucknow: Hotel Regnant, located in the capital’s Nirala Nagar, has opened India’s longest bar. After Delhi, Mumbai, Chennai, Bangalore and Pune, now residents of Lucknow will also be able to enjoy a variety of food and hundreds of drinks by visiting the ‘Lord of the Drinks’. This is the biggest bar on this side of river Gomti (Sis Gomti) in Shahar-e-Adab. Which was in demand among the public for a long time. At the same time, the style of the restaurant is also different from the rest of the restaurants in the city.

Inderjit Singh, MD, Hotel Regnant said that for the last several years it is being seen that all the new bars and restaurants that are opening are located in Gomti Nagar or rather across the river Gomti (Trans Gomti). Due to which the people of Aliganj, Nirala Nagar, Daliganj and here and especially the youth had to face a lot of problems. But, now they will not need to suffer much. Because, the ‘Lord of the Drinks’ (LOTD) has opened in Hotel Regnant. Which is the longest bar in the whole of India.

Inderjit Singh said, “We will have more than 100 types of drinks in our bar. At the same time, the restaurant will also have an unmatched confluence of Indian, International and Fusion food.” According to Inderjit- This time such lighting and music system has been given, which the public is going to like very much. Also, keeping in mind today’s young generation, space has been ensured for great selfie points and insta reels.

UP: Expansion of 13 sugar mills to benefit 5 lakh farmers