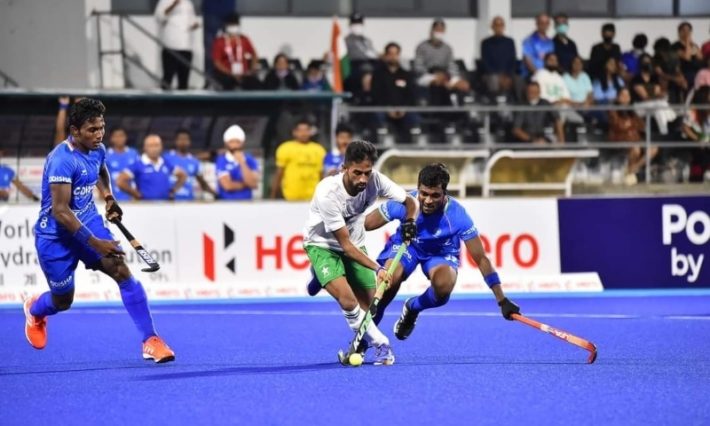 India had a chance to score the second goal of the match through penalty corners in this quarter, but it failed to do so.

In the second quarter, both the teams could not score any goal. Pakistan got many chances to score in this quarter. But defenders and goalkeeper Suraj Karkera foiled those opportunities with a brilliant defense. The team is being captained by veteran Birender Lakra, while Sardar Singh is in the role of coach. The last season of the Asia Cup was played in 2017, when the Indian team defeated Malaysia to capture the trophy for the third time.

Sonakshi Sinha all set for a Telugu debut

Bunty Aur Bubli is back to rock your World