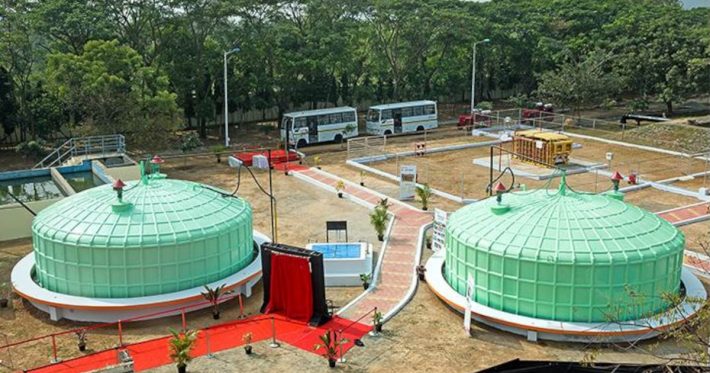 New Delhi / Indore: Indore, considered as one of the cleanest cities in the country, is set to set yet another high standard in cleanliness with the inauguration of Asia’s largest Bio-CNG plant. It will be inaugurated by Prime Minister Narendra Modi on February 19.

The plant will be operated using 100 per cent wet waste, which is estimated to produce around 18,000 kg of gas per day. Indore Municipal Corporation has estimated that the amount of Bio-CNG will help in running about 400 buses daily in the city.

This plant has been built on PPP model, which will generate an annual income of Rs 2.5 crore to Indore Municipal Corporation. The officials claimed that this would not only improve the calorific value but also increase the effectiveness of Bio-CNG.

Indore Collector Manish Singh said, the development will help in purifying the air quality of densely populated cities. With a total capacity of 550 MT, the plant will produce CNG with 96 per cent pure methane gas. The plant has been set up on PPP model and in collaboration with private agency. The inaugural ceremony will be attended by Mission Directors of Swachh Bharat Mission from 20 states and officials from the Ministry of New and Renewable Energy.

Yoga and How my life changed after Yoga

After Ayodhya, Bismillah Khan’s Varanasi next on U.P’s revamp agenda