Lucknow: The Lucknow Police has a clear action plan for days ahead: safety on roads, safety for women and crackdown on criminals. Spearheading this campaign is the dynamic Police Commissioner of Lucknow, D.K. Thakur, an IPS officer with an excellent record of doing what he promises.

In an exclusive one to one with The Lucknow Tribune,Thakur outlined the plan of the police for the first 100 days under the second term of Chief Minister Yogi Adityanath. What we have seen for ourselves as a result are – the recent action against loudspeakers playing in public spaces, drive against erratic and unauthorized e-rickshaws, and a time-bound plan to make roads congestion-free. He also plans to tame the mafia by making them change their ways.

“The government has asked for a 100-day action plan from all departments. For the police establishment, the DGP and ACS Home have chalked out a clear plan. It covers various aspects like Mission Shakti, women’s safety, crackdown against mafia, road safety and securing maximum conviction. The plan’s implementation will be done under the overall supervision of DGP and ACS Home,” said Thakur.

In response to a question about aggressive foot patrolling, he said, “We have been aggressively working on making city roads hassle-free. The idea is to make traffic on roads move smoothly. It will cover all main areas in the city. We are keeping a close watch on vendors, e-rickshaws, shopkeepers and consumers. To ensure that the guidelines are being strictly followed, the police are resorting to foot patrolling. The DCP, ACP and Inspectors are collectively monitoring the situation in areas like Charbaghand Polytechnic since the developments are being directly being monitored by the HC. The CM has also given instructions that illegal auto/ bus stands be dealt with. The bigger message for the public is that it is your city and you will have to work with the police to ease our functionality.”

Explaining his agenda on e-rickshaws, he adds: “In the recent times there has been a very strong demand to reduce burden on roads with a thought-out plan to curtail e-rickshaw movement. This action is based on feedback from police zones and Nagar Nigam. To ensure this action is done without hassles, the police first conducted an awareness campaign. It was widely publicized and those caught violating clear guidelines were challaned.”

Speaking on expanding the ambit of policing, he said, “The Lucknow Police Commissionerate came up with five police zones and we propose to bring in two more soon. With increase in population and rising crime graph there is a provision to increase the number of police stations which improves the governance model of the police. This helps break down the bigger areas into smaller segments. In simpler terms it gives accessibility to all.”

Has action on bringing down loudspeakers been tough? In response, he says “the action with regards to loudspeakers was a very well thought out plan which involved a conversation with all stakeholders including religious heads and clerics. It was done for public convenience. The loudspeakers firstly are prohibited without prior permission of a competent authority. It should not trouble people and disturb them. By rule the sound should not go out of the premises of the building. The CM was clear on the fact that nothing should be done by force. There are cases where the same loudspeakers are being used in schools.”

On use of technology for better policing, he said, “The Criminal and Accident app has been put into operation to help the police force further streamline its working by bringing all criminal related data on one platform. It covers the collective expanse of 45 police stations and 5 zones. So, if there is one case filed at one place others have a record of criminal history which they can access when required. It keeps cops alert about a criminal.”

As action on mafia is the buzzword in U.P., he says, “There is clear instruction that the police will have to deal with the mafia with an iron fist. The genres are varied. It can be forest mafia, land mafia, liquor mafia, education mafia and so on. The stress is on ensuring all cases are registered and chargesheets are issued. There is a concerted effort to ensure all cases are tried in court, the mafia is convicted, under the provision of the Gangster Actall illegal property is seized.”

Before signing off, we ask him what are the current trends in crime. He says, “One notices a increase in Cyber crimes with an exponential use of technology and the increasing tendency to do transactions online. In the present times rarely do we find anyone going to the bank. ATM frauds are a common practice.  Next big issue is how social media is leading to crimes like morphing, duplication of accounts, blackmailing, sextortion etc. The attempt is to make people aware, because even educated people are being caught unawares. One must not share too much on the social media. Don’t leak private data. Make the capability of the police stronger.Frauds pertaining to land and real estate have also been on a steady rise, money is transacted but the land never comes to your possession, there is fraud on providing government jobs. Lastly traffic is a concern. Rampant use of social media needs to be checked. Any perceptible delay in action often attracts some ire from the public. One has to be very careful on social media.” 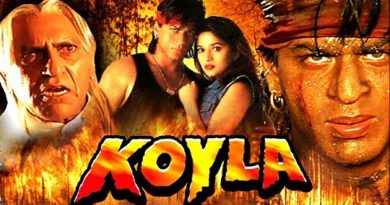