Lucknow: Indian wrestler Ravi Dahiya secured a silver medal by reaching the finals in the ongoing Tokyo Olympics in Japan’s capital Tokyo. Ravi Dahiya  played in the final. On this achievement, Dr. Anandeshwar Pandey (Treasurer, Indian Olympic Association) as the representative of Indian Olympic Association (IOA) in Tokyo Olympics and Mr. Brij Bhushan Sharan Singh, President of Wrestling Association of India congratulated them for their performance and congratulated them for victory in the upcoming matches.

Dr. Anandeshwar Pandey said that the way Ravi Dahiya has shown a brilliant game and has won the country’s flag by securing a silver medal. I am sure that Ravi Dahiya will do his best and win the gold medal too. Along with this, he expressed hope that Indian wrestlers can win four medals in the Olympics.

He also congratulated Lovlina Borgohain, who won the bronze medal in women’s boxing 69kg today. Along with this, the Indian women’s hockey team, which lost to Argentina in a thrilling semi-final match, gave good performance to the hockey team for the bronze medal match. 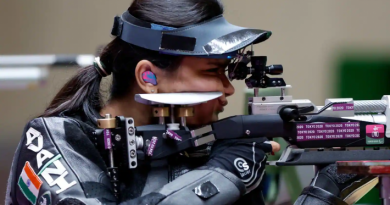