Lucknow: Eversince he met the Chief Minister of Uttar Pradesh, the buzz was only growing louder of him taking over as the next DGP of Uttar Pradesh. HC Awasthy had in most unequivocal terms made it known that he was not keen on extending his stint as the DGP and he finally called it a day. As he retired, the CM Yogi gave him a pat on the back for his distinguished service. His exit meant finding a worthy suitor.

In the interim, ADG Law and Order, Prashant Kumar was made the acting CM. Of the three names pitched for the big job,  Mukul Goel has been appointed the new Director General of Police (DGP) of Uttar Pradesh. The name was confirmed in a statement issued late in the night. An IPS officer of the 1987 batch, Mukul Goel is currently posted as the Additional DG Operations in the Border Security Force (BSF).

Goel replaces H C Awasthy, who retired on Wednesday. In his first comments, Goel said his focus will be “crime control and rule of law”.

A resident of West UP”s Muzaffarnagar, Goel was born on February 22, 1964 and is a BTech in Electrical Engineering from IIT, Delhi. He is proficient in French and has a diploma in Disaster Management under his sleeve.

Part of his prolific repertoire is his role as SP/SSP in Almora, Jalaun, Mainpuri, Hathras, Azamgarh, Gorakhpur, Varanasi, Saharanpur and Meerut districts of the state.

It is interesting to note that he has also served in capacities at the Indo-Tibetan Border Police and the National Disaster Response Force.

Achieving glory, he got the Police Medal for Gallantry in 2003. 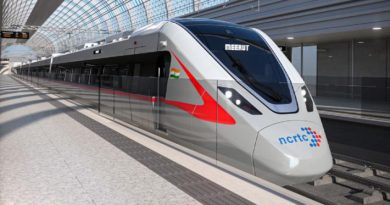