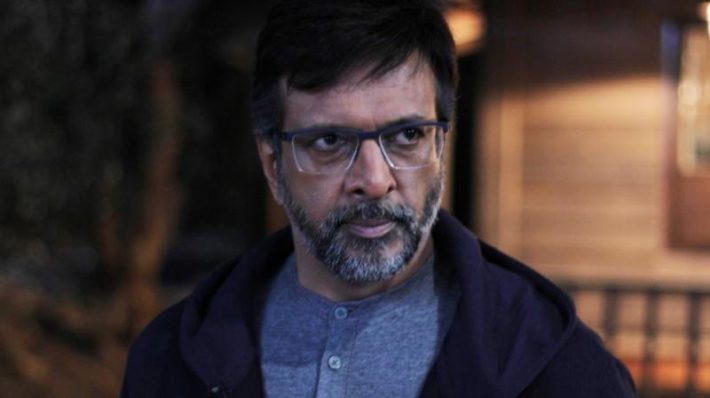 Mumbai: The utilisation of an app and how in today’s time they have the power to create havoc in their user’s lives, lots of things, good and bad says Jaaved Jafferi who will soon be seen in ‘Escaype Live’

Social media in today’s world is a force to reckon with. Users share their moments of joy, sorrow, ecstacy and celebrations with the world, making the globe a smaller place, connecting them across boundaries. The heads of these social media apps are men with a unique vision which has helped them to amass millions of members. Veteran actor Jaaved Jafferi essays a similar role of a Corporate Honcho and shares his ideas about it in his own words.

Artists throughout their career work on multiple projects, but there are times when some of these find a different connection owing to the makers and their vision. Jaaved Jaaferi who plays the role of Ravi Gupta the CEO of a social media app in Disney+ Hotstar’s upcoming series – Escaype Live feels the same about Siddharh Kumar Tewary who is the maker of this series.

Jaaved said, “Primarily the concept of the show attracted me to it. The utilisation of an app and how in today’s time they have the power to create havoc in their user’s lives, lots of things, good and bad. Obviously, it has long term effects and the science behind manipulations of human emotions. This novel and relevant concept that we need to discuss has been brought forward.”

Jaaved further added, “My character Ravi Gupta is an important part in the corporate machinery where he is trying his best to get the numbers up and he has to meet deadlines and targets. He has to deliver, he has his own responsibilities, we don’t show his side of personal life. He has a child and wife and is unaware of his personal equation with them and is completely engrossed in the app to make it successful. He mentions that at his age he can’t take risks and has to come up with targets and make them happen.”

Escaype Live is a fictional story, penned by Jaya Mishra and Siddharth Kumar Tewary, that is likely to seem very true and real. The story features a bunch of content creators, with different paths but one goal – to produce viral content to emerge victorious in a life-changing competition announced by the hottest new app in the country called Escaype Live. Produced under Siddharth Kumar Tewary’s One Life Studios, the nine-episodic series heavily emphasises the human tendency to be competitive and their drive to succeed. The supremely talented cast, include Siddharth, Shweta Tripathi Sharma, Swastika Mukherjee, Plabita Borthakur, Waluscha D’Souza, Ritvik Sahore, Sumedh Mudgalkar, Geetika Vidya Ohlyan, Jagjeet Sandhu, Rohit Chandel and child actor Aadyaa Sharma amongst others.

The essence of the series explores the lengths content creators and tech giants are willing to travel to achieve their aspirations. Set across different cities of India, the series leveraged different dialogue writers for each city to add regional authenticity. Dance Rani’ story based in Jaisalmer saw her dialogues being penned by Vinod Sharma while Amcha’s lines were penned by Amol Surve. Similarly, Banaras-based characters of Meenakumari and Sunaina’s dialogues were written by Ranveer Pratap Singh while Darkie and Festish Girl’s dialogues were penned by Jaya Mishra and Siddharth Kumar Tewary. 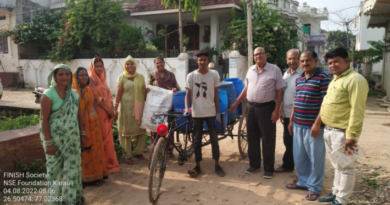 Karauli makes a ‘clean’ break from a cumbersome past 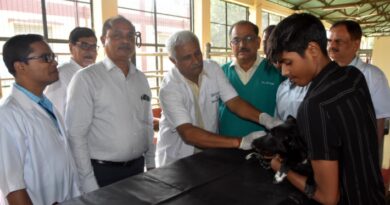 On the occasion of World Rabies Day, free rabies vaccination program was conducted at IVRI