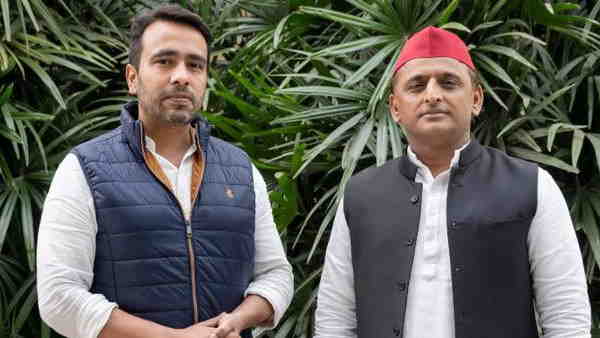 Lucknow: Akhilesh Yadav and Jayant Chaudhary have intensified the work of strengthening the SP-RLD alliance formed for the assembly elections. The main focus was on seat-sharing in western UP. Simultaneously, there was a churn on making inroads in the Dalit class with the Jat-Muslim vote bank. The meeting lasted for about two and a half hours and several issues were discussed in detail. SP chief Akhilesh Yadav met Jayant Chaudhary at Janeshwar Mishra Trust on Thursday evening.

It is being told that now some seats may be reduced in the agreement made on 36 seats in the previous meeting. SP will give tickets to RLD candidates by giving their election symbol to the seats which are less. In two seats, SP can also fight its people with RLD in the same way. The emphasis of the alliance is to strengthen the social equation in its favor by laying siege to the BJP in western UP. In the meeting, there was a lot of discussion on which seat will go to whom in the alliance. It is believed that after the announcement of the election, it will be announced in the joint press conference which seat will be given to RLD.