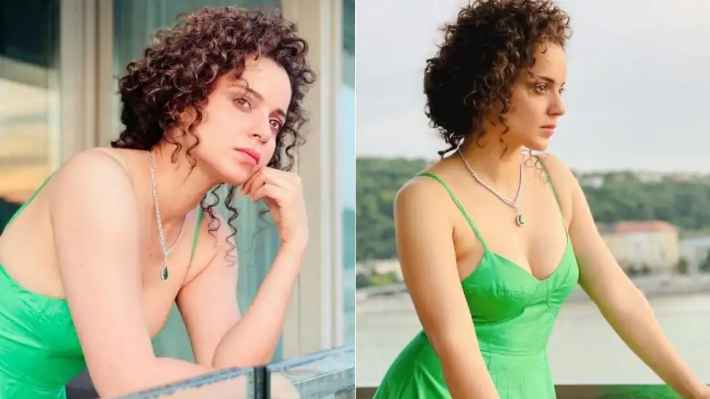 Kangana Ranaut’s fearless show LockUpp: Badass Jail Atyaachaari Khel to be aired on ALTBalaji & MX Player has gotten everyone on the edge of their seats. After the tremendous success of the show’s teaser, the entertainment doesn’t seem to cease and viewers are eager to know more about the show.

Well, their wait is almost over as host Kangana Ranaut has made the first move! Kangana, who has had multiple FIRs filed against her in the past, has decided to hit back through the reality show LockUpp. The fiery queen of Bollywood has found the first person she will be putting in her LockUpp.

In a recent clip dropped by Kangana, an unidentified stand-up comedian is seen cracking some jokes and the comedian is whisked away from his gig. The game, it seems, is about the start, and Kangana Ranaut is sure to keep the livewire excitement going. Also, this appears to be the beginning, and there will be many more getting arrested in this game.

Lock Upp: Badass Jail Atyaachari Khel will be streamed live on ALTBalaji and MX Player. There will be 16 popular celebrity contestants locked up in Kangana Ranaut’s jail. They will compete for the most basic amenities as they fight for the winner’s title. The celebrity contestants will soon be revealed to the viewers who, as a first, can also interact with them and be a unique part of the show.

Find out more only on ALTBalaji and MX Player!