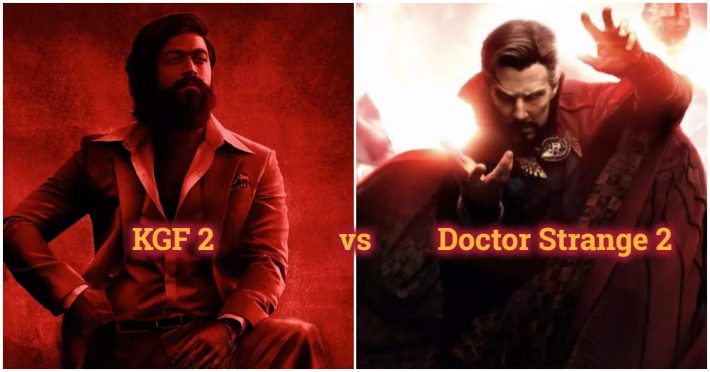 Mumbai: While Yash’s ‘KGF: Chapter 2’ continues to earn a lot in the third week at the box office, making new records every day, now its reign is in danger! This is because ‘Doctor Strange in the Multiverse of Madness’ released in India on Friday is going to open the bumper. The film has already earned Rs 19.75 crore from advance booking. While the film, which released a day earlier in foreign countries, has done a business of Rs 208.96 crore on 5 May. There is a tremendous craze in India about this film of Marvel Cinematic Universe. Especially morning shows in multiplexes have also been seen as houseful.

Just four months ago, Marvel’s film ‘Spider-Man: No Way Home’ was released. While Hindi films were struggling in theaters after the Corona pandemic, the film did a business of Rs 218.67 crore at the Indian box office. Whereas the craze of this new superhero film ‘Doctor Strange 2’ is more. ‘Doctor Strange 2’ has been released abroad a day earlier on May 5. In such a situation, the positive reviews of the film have also increased the excitement about the film among the audience.

According to ‘The Hollywood Reporter’, Benedict Cumberbatch’s film ‘Doctor Strange in the Multiverse of Madness’ has collected $27.2 million or Rs 208.96 crore in overseas markets on Opening Day. Worldwide, the film’s earnings are going to increase further, as the film is releasing on Friday at the Indian box office including America. In such a situation, it is being speculated that in the future, this film will make new records of earnings. The film is also doing strong business in South Korea.

Estimated to earn more than 30 crores on the first day

Initial estimates are telling that ‘Doctor Strange 2’ will do a business of Rs 20-31 crore in India on the first day. The biggest concern of the film’s earnings is going to be the makers of KGF 2. This is because Doctor Strange is also releasing in India in English as well as Hindi, Tamil, Telugu, Malayalam and Kannada.