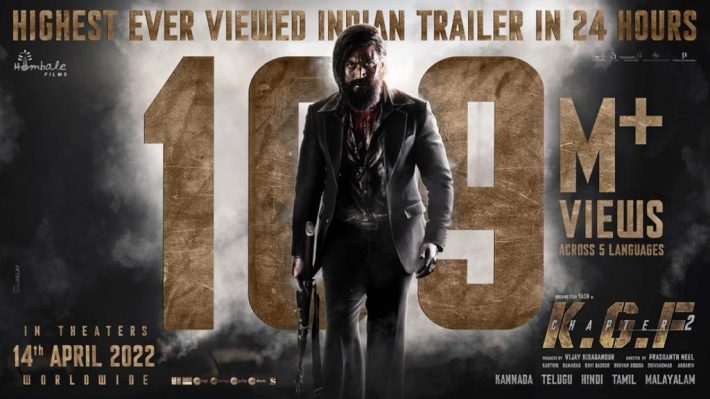 The explosive trailer of ‘KGF: Chapter 2’ launched recently in Bengaluru truly defined how this movie is going to be the biggest blockbuster of all time!

Mumbai: While the audience, especially fans of Rocking Star Yash all over are going gaga over the amazing cinematography, explosive action and unpredictable direction that the sequel is headed for, they couldn’t stop praising the fantastic performances by the cast including veteran Sanjay Dutt and Raveena Tandon.

No wonder, the mega action entertainer has created a record by becoming the highest ever viewed Indian trailer in 24 hours crossing 109 million plus views across five languages.

The mega trailer launch event hosted by Karan Johar turned out to be grand success.

A truly fiery combination of an exciting narrative, mind-blowing action sequences, peppy soundtrack and superlative performances, Chapter 1 broke all Indian cinema records and expectations. With the addition of Sanjay Dutt, Raveena Tandon to its illustrious cast, Chapter 2 is sure to surpass earlier records scored by KGF 1.

As we inch closer to the release date of the mammoth entertainer, everyone is excited for the final reveal. The anticipation for the movie has reached a crescendo with the recent trailer release giving another glimpse in the action packed movie and amazing performances!

Releasing nationwide on April 14, 2022, in Kannada, Telugu, Hindi, Tamil and Malayalam, K.G.F.: Chapter 2 is written and directed by Prashanth Neel, one of the most sought-after directors, and produced by Vijay Kiragandur, under the Hombale Films banner. One of the emerging pan-India production houses, Hombale Films is set to showcase some of the biggest films in Indian cinema over the next two years, including the much-awaited film ‘Salaar’ starring Prabhas. 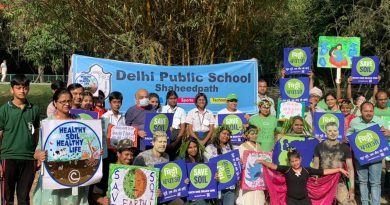