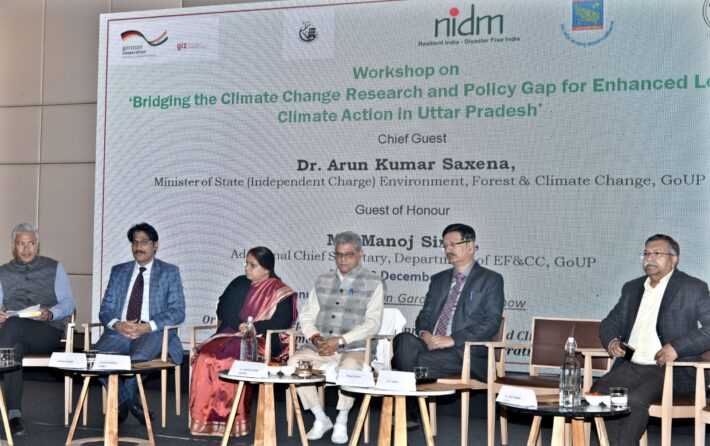 Lucknow: Under the Strategic Knowledge Mission of Uttar Pradesh State’s Climate Change Action Plan, action is to be taken to conduct research for adaptation and mitigation of climate change and to integrate it into the policies/actions of various departments of the state. Taking further action in this regard, a workshop on ‘^Bridging the Climate Change Research and Policy Gap for Enhanced Local Climate Action in Uttar Pradesh’ was organized  by the Department of Environment, Forest and Climate Change, Government of Uttar Pradesh in collaboration with GIZ India. The workshop was inaugurated by Dr. Arun Kumar Saxena, Minister of State (Independent Charge) of Environment, Forest and Climate Change Department.

In his inaugural speech, Dr. Arun Kumar Saxena highlighted the objectives of the workshop by giving information about the climate change action plan of Uttar Pradesh State formulated by the Department of Environment, Forest and Climate Change. Dr. Saxena expected the officers present to ensure that the findings of the research presented in the workshop are included in the policies formulated by the department, so that the state can be prepared for adaptation and mitigation of the effects of climate change on various areas.

For community awareness and sensitization knowledge management, the work of conducting various research/studies identified in the state action plan on climate change will be done by the level climate change knowledge center. The knowledge center will develop communication materials for climate change awareness and networking with national and international technical institutions. He said that the Department of Environment, Forest and Climate Change would develop a social networking platform, Shelter, for the people of the state under Uttar Pradesh State Knowledge Network in collaboration with Tattva Foundation, Lucknow and Gorakhpur Environment Action Group.

The platform will use artificial intelligence and machine learning to exchange personalized climate change related information in regional languages.

In the inaugural session of the workshop,  Manoj Singh emphasized on the importance of research in the field of climate action and integration of research findings into policies and actions by highlighting the causes, effects and need to understand climate change.  Ashish Tiwari, Secretary, Department of Environment, Forest and Climate Change made a presentation to explain the perspective of the workshop, the procedure for its organization etc. Inaugural session was conducted by  Prof. Anil Kumar Gupta, Head of Department, National Institute of Disaster Management, New Delhi Information of “Resilience and Sustainability” Summit: Vision 2047” to be held from 17th to 19th January 2023 in New Delhi was given.  Policy planning and implementation interface for disaster risk reduction in changing climate was delve d in detail. In the inaugural session,  Mamta Sanjeev Dubey, Principal Chief Conservator of Forests and Head of the Department, UP and  Kirtiman Awasthi, Senior Advisor, GIZ also presented their views regarding localization of climate change.

Localization of Climate Change through Efficient Economy, New Delhi; Climate Smart Agriculture by IIM Lucknow; Climate Finance by NABARD; Effects of Climate Change on Subtropical Horticulture by Central Institute for Subtropical Horticulture; Round the year climate resilient fodder production systems by the Indian Grassland and Fodder Research Institute; Climate change and suitable medicinal and aromatic plants for UP by CIMAP; Role of urban forest in mitigation of air pollution and climate change by NBRI; A presentation was made on Wetlands and Policy Gap of Uttar Pradesh by Birbal Sahni Institute of Palaentoology and Climate Sensitive Agroforestry by Central Agroforestry Research Institute.

In the second technical session on Shelter App by Tattva Foundation; Effects of monsoon on soil nutrient availability in tropical grassland and multivariate drought analysis for temperature homogeneous regions of India: Learnings from the Gomti River Basin by researchers at Banaras Hindu University and by Bhimrao Ambedkar Institute

A presentation was made on the effect of aerobic, chemoheterotrophic bacteria. 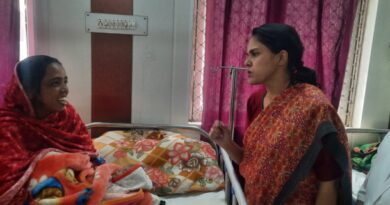 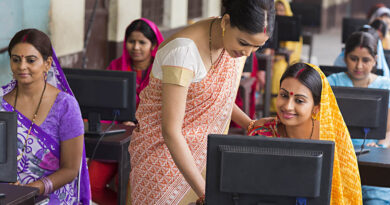 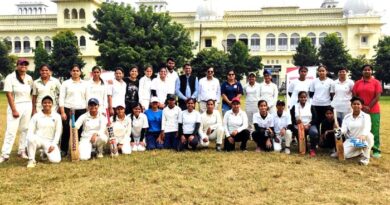 Lucknow university gets is all women cricket team, a first