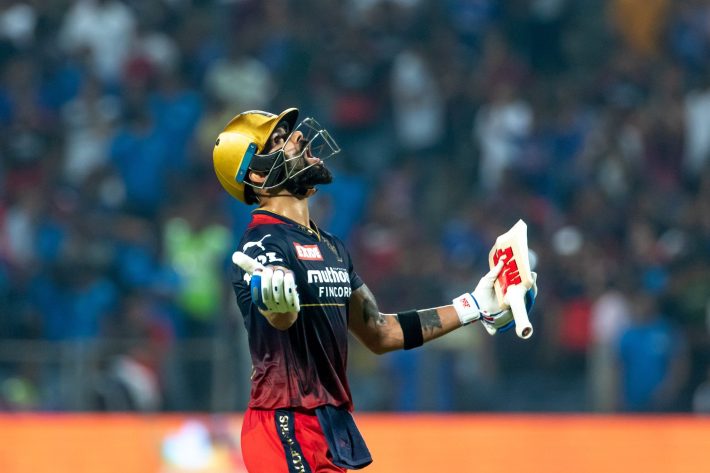 Mumbai: Sunrisers Hyderabad stunned Royal Challengers Bangalore for just 68 runs in 16.1 overs, thanks to the lethal bowling of Marco Yanson  and T Natarajan.

After this Sunrisers Hyderabad won the match by scoring 72 runs in one wicket in eight overs. Royal Challengers Bangalore’s batting has been very poor in this match. This is Hyderabad’s fifth consecutive win and they have moved up to the second position in the points table. Bengaluru, on the other hand, suffered their third defeat in eight matches.

If we talk about Virat Kohli, then his performance is once again under question. His bat is creating new problems for Royal Challengers Bangalore.

In the match played between Royal Challengers Bangalore and Sunrisers Hyderabad, Virat Kohli was piled on the first ball and could not even open the account. This is the second time that Virat Kohli has scored a golden duck.

Marco Yenson first dismissed RCB captain Faf du Plessis, immediately after that Virat Kohli was dismissed on the very next ball and created a sensation in the stadium.

This is the fourth time in this IPL, when Virat Kohli could not even reach the double figures.

Sri Lanka versus England: All eyes on who draws first blood