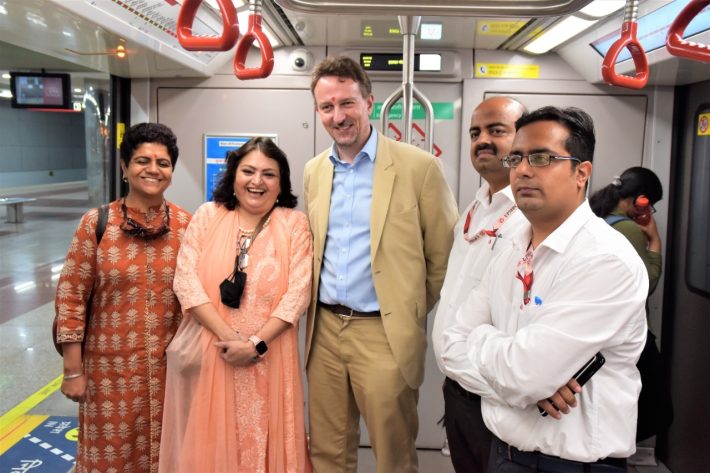 During the handicrafts exhibition, Mr. Kumar Keshav and Mr. Barlow took stock of the various stall exhibiting handcrafted products and surveyed the work done by the women of self help groups. Barlow lauded the efforts made by the SHG women and lauded the efforts of Swayam Project and Uttar Pradesh Metro Rail Corporation Limited in promoting sustainable entrepreneurship skills among women self help groups in and around Lucknow.

Mr.Richard Barlow, Head, Political and Bilateral Affairs, British High Commission appreciated the cleanliness, safety and security features of Lucknow Metro. He also visited the coaches of metro and praised its upkeep and maintenance. He said that “It is cost effective, comfortable, fast and safe. People in Lucknow should commute through metro to save time. The stations of Lucknow Metro are made with state of the art architecture. They are designed aesthetically to blend with the local culture. The ‘Luckhnawi Chikankari’ work imbibed on the walls of the Hazratganj Metro Station is marvelous and beautiful”. 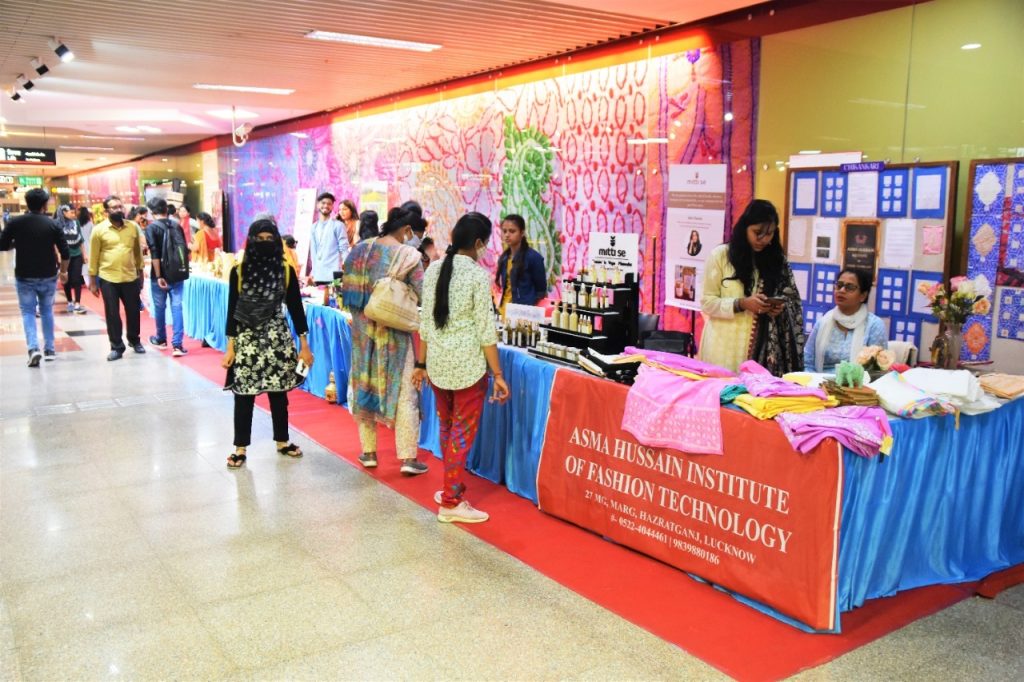 Speaking on the occasion, Shri Kumar Keshav said that “Uttar Pradesh Metro Rail Corporation has always been contributing as a responsible transport system to promote art, literature and culture. I feel honoured to be invited at the closing ceremony of this exhibition which empowered thousands of women to earn their living. This project being spearheaded by the British Council Chevening Alumnae Ms. Shirin Abbas, in partnership with Action AID(UP) played an important role in promoting sustainable entrepreneurship skills among Self Help Groups. UPRMC in the past has a legacy of supporting various Self Help Groups and provided a platform to showcase their potential in the public eye. On the same lines, we look forward to forge similar association with British High Commission and its partners in promoting the entrepreneurship skills of Self Help Groups.”

I will not let my fellow citizens die, no question of lockdown: Yogi Adityanath

The blockbuster trailer of ‘Bellbottom’ is a celebration of big-screen magic!

CM Yogi calls for schools to prepare for a reopening, as normal days return slowly