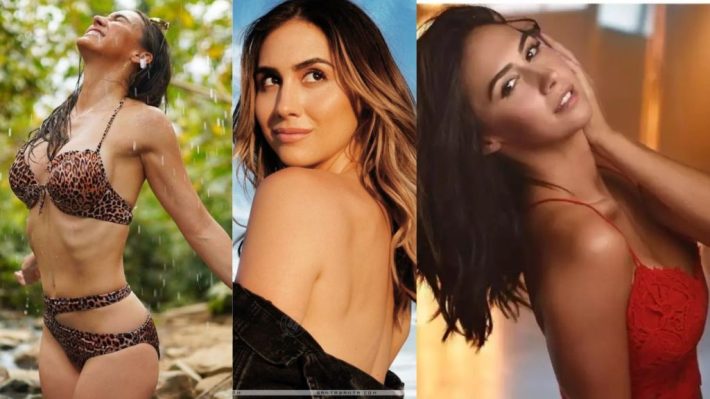 Mumbai: Lauren Gottlieb has been making us swoon over her moves for years now, and her social media is like a dance therapy in itself. Recently, the dancer-turned-actress returned to one of the biggest shoots of hers after the pandemic, a full out performance on the Semi Finale of Hunarbaaz. And while her energy and excitement was at its peak, an incident happened with her that could have derailed the whole shoot, but Lauren powered through it.

Sharing the incident, Lauren informs, “So, I sat down to start my make-up and my longtime make-up artist Rishab Khanna, was just putting basic moisturizer on me when all of a sudden my face and neck turned full red. I get nervous before such big performances that my stomach doesn’t allow me to eat much, so that morning I figured I would take my vitamins so at least I was getting some good energy in my body. I took my vitamins B, C, K, magnesium, and a few others. But since I took them all on an empty stomach, my body became very upset with me. Doctors on Instagram who watched my stories said it was a Niacin flush which is common in such instances. I’m not sure, I’m not a doctor. All I know is the channel was in my vanity sharing the show flow when all this drama went down. Was scary in the moment but provided us with endless laughs throughout the day. Imagine getting direction from the producers and your face goes all oompa-loompa,” she laughs.

However, the dancer-actress shares that she is doing all better now and the shoot went great. She took what happened in a fun stride and even finds a joke in it as she adds, “It’s like the weirdest thing as I feel like in the last couple of days, the amount of injuries and incidents that have happened to me are hilarious. This is the biggest shoot that I have had since the pandemic. I was actually in tears, happy and grateful tears, that morning because it felt heavenly to be back on such a grand stage again doing what I love the most in life. I have never taken the stage for granted but also I didn’t realize just how much my heart and soul missed it.”

It’s great to see that Lauren is doing all better now and after seeing the glimpse that she shared on social media from the shoot, it has left us excited to see this incredible come back performance.