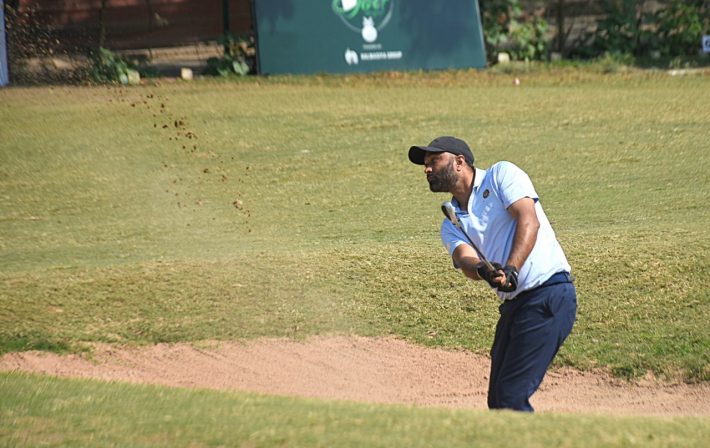 After Aayush Rastogi’s early win for Bhutani Basecamp Champions, Lagaan of Cawnpore took charge and stayed with their opponents through the tough holes before finally closing out all but one close games in their favour. It was remarkable show considering they are the only outstation team and travel on match days for the event.

SAS Fairway Kings got their campaign off the mark by beating an in-form BMW Speed Motorwagen team. SAS Fairway Kings were trailing 2-1 when the pair of Waheedul Hasan Siddiqui & Anoop Mathur recorded the biggest win of the day 6&5. In the crunch game, skipper Zoheb Hasan Siddiqui combined with Somesh Bharadwaja to give his team their third point of the match on the 17th hole. For BMW Speed Motorwagen, Rajkumar Sonkar in the singles and the pair of Ajeet Singh & Sandeep Narain took the two points.

The Player’s Lounge saw a buzzing day as the festival of golf took its colour at the Lucknow Golf Club. The next rounds of matches are scheduled for 25-27th February 2022.

This Diwali, Bareilly will see a hawk eye vigil to check COVID