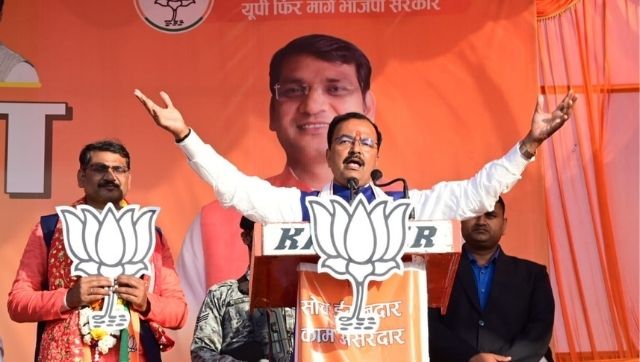 Lucknow: The portfolios of Yogi’s ministers were distributed. CM Yogi has kept 34 departments including Home, Information and Revenue with him. Keshav Prasad Maurya, who became Deputy CM again, has got the responsibility of Rural Development Department instead of Public Works Department (PWD). Keshav Prasad Maurya’s first reaction came after taking charge. Keshav said that I am fortunate that I have got an opportunity to uplift the rural areas. I have a lot on my mind, I will discuss with the people in the department and will do everything possible to take our schemes to the needy in time.

PWD is considered to be the most important department after Home. Taking this portfolio from Keshav, it has been given to Jitin Prasad, who came from Congress to BJP. Jitin Prasada was given the technology portfolio last time. In any government, PWD remains with the tallest leaders. In the Akhilesh government, this department was with Shivpal Yadav. However, after taking PWD from Keshav Prasad, six departments including rural development have been handed over. These include rural development, rural engineering, food processing, entertainment tax, public enterprises and national integration.

Keshav Prasad said that whatever the plans of the department are, they will be delivered to the people in a convenient manner. Action plan will be prepared for 100 days report card. Keshav said that the experience of being in the previous government has been given, it will also benefit. Keshav said that most of the population lives in villages. No stone will be left unturned for the development of the population of the village.

June 24 Horoscope: Your luck for the day