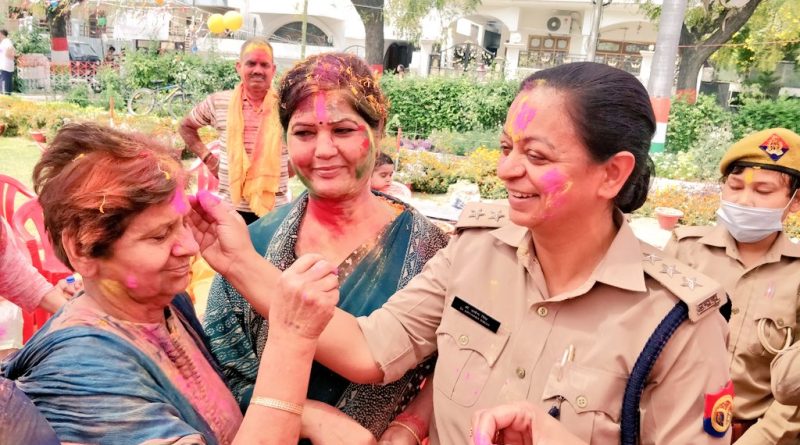 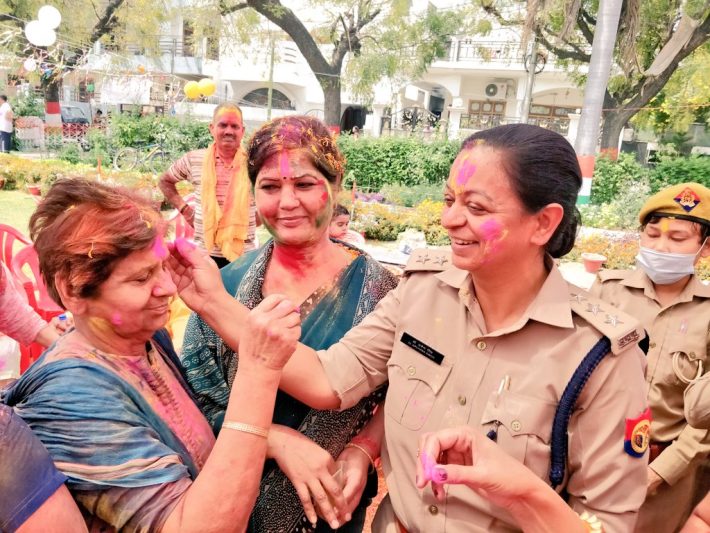 Lucknow: Embracing the color of brotherhood and harmony in its zenith, the color of Holi filled the lives of people in the capital in such a way that gulal and color continued till noon. The streets were buzzing from morning till noon. In the evening, people went to each other’s house and started congratulating Holi, which continued till late in the night.

Every color was seen in the Nawabi city. Children, youth, women and old people joined together and painted each other in such a way that it became difficult to recognize each other amidst the fun of songs like Tamancha pe Disco, Holiya Mein Ude Re Gulaal and Holi Ke Din Dil Khil Jaye Hai. People wrapped in blue, yellow, green, pink, violet colors had a lot of fun. People greeted each other by applying gulal. Rangotsav started with Holika Dahan in many areas including Old Lucknow, Ashiana, Kanpur Road, LDA Colony, Aliganj and Indiranagar.

In Aashiana, In the presence of many dignitaries including Mayor Sanyukta Bhatia and women police officials, Holi was played. People of Muslim community set an example of Hindu-Muslim unity by welcoming the Holi processions.

In many places, people celebrated the festival of colors by playing Holi with natural colors and flowers. In Ashiana, along with the Holi of flowers, Fagua was organized by the Ashiana family. Many dignitaries along with residents attended the festival organized.  Holi of natural colors with flowers was played on behalf of Shree Shyam family in Shree Khatu Shyam temple complex located on Birbal Sahni Marg. Women and children danced profusely to songs like Main Kaise Hori Khelungi Saawariya and Kanha Barsane Mein Aye Jaiyo.

Holi was celebrated with natural colors in many areas including Samar Vihar Colony of Alambagh, Manasnagar in Krishnanagar.

Holi was also celebrated in Gurudwaras. Langar was held in the gurudwaras with special lessons.

The joy of Holi was seen in the cities as well as in the rural areas.