Lucknow: A review meeting was organized which was presided over by the Lucknow Mayor Sanyukta Bhatia. The review meeting saw strict instructions being given to officials regarding complaints coming in door to door garbage collection. The Mayor held a meeting with Municipal Commissioner Ajay Dwivedi to improve the system of Ecogreen at the Municipal Corporation Headquarters with Ecogram of Zone-1 and with the officers and councilors of the Municipal Corporation.

In the meeting, the Mayor reviewed the arrangement of garbage collection, resources, vehicles and directed to pick up the garbage daily. An Ecogreen official said that still we are not able to get user charge from many houses, due to which we are not able to collect 100% garbage.

People refuse to pay user charge. JC Bose Ward Councilor Yawar Hussain said the mayor was told that the employees of Ecogreen come very late to collect the garbage in his ward, due to which the employees of the Municipal Corporation pick up the garbage.

On the other hand, Councilor Amit Choudhary said condition of garbage collection in his ward is not satisfactory, employees sometimes come there to pick up the garbage and sometimes after 15 days to pick up the garbage, on which people even to pay the user charge. On which the Ecogreen official said that even where we pick up garbage daily in the houses, people refuse to pay user charge, on which the mayor asked the councilor to go and coordinate with the employees and collect the garbage. Talk for user-charge, on which the councilor said that he will go and coordinate with the people himself.

The mayor directed the officials of Ecogreen to increase the percentage of garbage collection in Zone-1 and the target of 100% household garbage collection should be achieved. Penalty will have to be paid for not paying user charge
It was also ensured during the meeting that penalty would also be collected from homes and shops for non-payment of user charges. 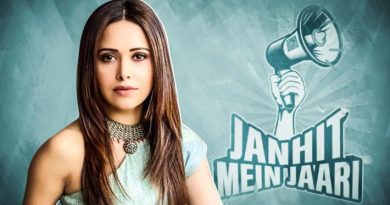