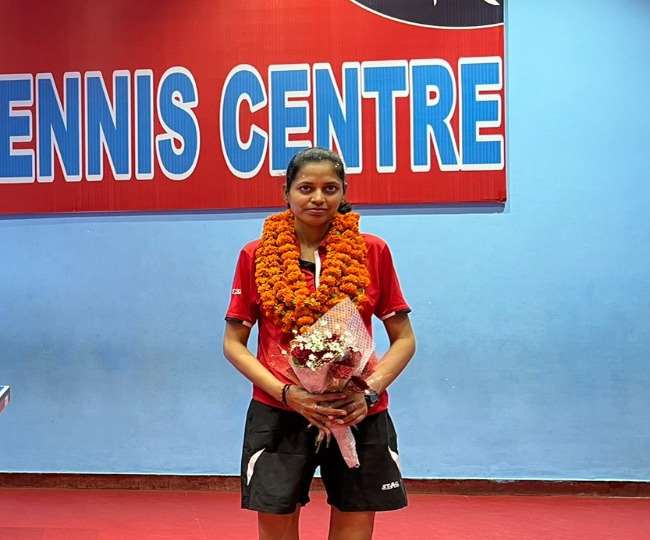 This daughter of Lucknow got her name registered on the sports firmament of Uttar Pradesh in the year 2017. The name is Archana Pandey. Now this name is once again in discussion. City’s daughter Archana Pandey has made it to the Indian team in the 24th Summer Deaf Olympics to be held in Brazil from May 1 to 15.

Archana Pandey is the only player from Uttar Pradesh who is representing India in this championship. Archana, daughter of security guard Chandraprakash Pandey, resident of Alambagh, Lucknow, is the youngest of three siblings. S

he could not hear since childhood but her father got her treated. Due to paucity of money, her treatment could not be done completely and she remained deaf. A few days after representing the country in the 2017 Olympics, the family members married Archana. Although his relationship lasted for a few months. Her husband left her because she was deaf.

The husband broke the relationship. Archana was broken first by poverty, then by the separation of her husband. Then her coach Parag Agarwal and mother Neelam Pandey encouraged her to rejoin the game. With the passage of time, Archana engaged herself in learning the nuances of the game.

Now once again she is going to represent the country. She hopes that after this game, her days will improve. After her husband left her and her mother encouraged her to move forward a lot. Today Archana has achieved a big position. Hopefully Archana’s day will change in the coming days.

President of India confident by 2047 youth will drive the nation

City gets its Cric Mojo back