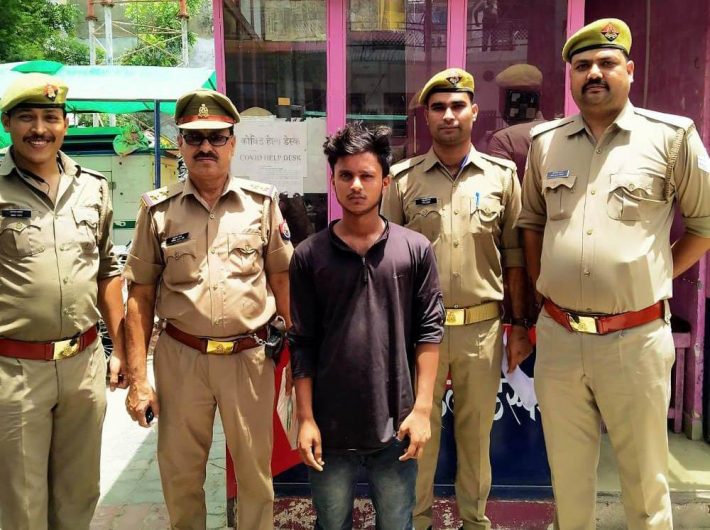 Lucknow: The main accused in a major crime at Vikas Nagar has been arrested due to the activism of DCP North S Chinappa and ADCP Lady Singham IPS Prachi Singh.

Vikas Nagar police arrested the main accused who took away the minor girl after luring her away. The team of Vikas Nagar got great success due to the activism of the Inspector-in-Charge.

The minor girl was found in an injured condition in Biswan of Sitapur district, the minor girl has died during treatment. In the whole case, Vikas Nagar police increased serious sections like Section 304, 120B and 7/8 POCSO.

Harsh Vardhan and Krishna Gupta, the accused in the whole case, have already been sent to jail. The entire team, including Inspector-in-Charge Vikasnagar Tej Bahadur Singh, Sub-Inspector Mangal Singh, Sub-Inspector Anil Kumar Verma and Head Constable Rishi Tiwari, played an important role in the arrest of the main accused.

Upping the ante, the Congress trains guns at the Centre over farmer issues.