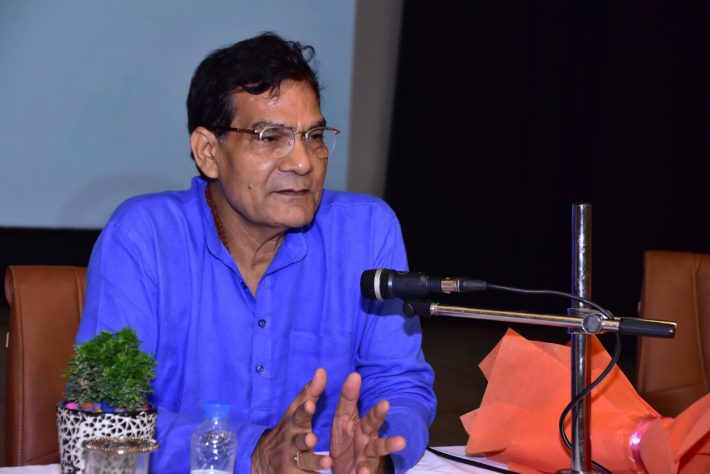 Lucknow: State’s Urban Development and Energy Minister  AK Sharma said that people should not have to face water logging and filth anywhere in cities and towns during the rainy season. For this, all the officers/employees of the urban bodies should work with full vigilance, wherever there is a shortage on the cleanliness of drains, get things sorted. More and more machines should be used. The work of the agencies engaged in these works should also be monitored regularly. He said that the slightest laxity and omission at any place can lead to a big problem. So go to the spot yourself and get the work done promptly.

Urban Development Minister  AK Sharma  reviewing the work being done in the urban bodies in the Directorate of Urban Bodies and gave important instructions. He said that complaints of dirty water supply are being received in Lucknow and Unnao, due to which there is a possibility of spreading serious diseases.

For this, he directed the Managing Director, Jal Nigam,  Anil Kumar to immediately send a team of officers on the spot and inspect it and said that there should be no supply of dirty water in any body.

He further directed – regularly inspect the pipeline. People should not have to face the mess. Pay attention to the beautification of cities. Get regular cleaning done even in rainy season. After cleaning the dirty places of the city, parks, gardens should be developed there and plantation should be done.

Ornamental plants should be planted along the roadside dividers. He said that the construction of Amrit Sarovar should also be expedited. Also, pay special attention to the public hearing. The complainant should not have to run to the high officials, minister or chief minister for small problems.

AK Sharma has directed MD Jal Nigam Anil Kumar that wherever excavation has been done for laying water pipes. After the completion of the work, the place should be brought back to its original form, so that people do not have to face the problem in the rainy season. Wherever there is a problem of water supply and pipe leakage, it should also be resolved soon.

Principal Secretary Urban Development  Amrit Abhijat directed in the meeting that the work being done in the bodies should not be affected, so that all the transferred officers/employees should join their place of posting within 24 hours, otherwise they will be suspended the very next day. will be done. He said that the system of cities should be made encroachment free. Spraying should be done to prevent the spread of seasonal diseases, mosquitoes. In order to reduce the consumption of diesel, the card system implemented in Lucknow has resulted in reduction in consumption by one third, which should be extended to other bodies as well. He also directed to increase the basic facilities in the newly expanded, newly formed bodies. He said that every body should conduct ‘Har Ghar Tricolor’ programs running from August 11 to 17, 2022 under the Amrit Mahotsav of Independence.