Lucknow: After conducting basic mobile repairing training to 21 adolescent girls of Government Post-Care Organization, Gudamba, Lucknow by the Women’s Welfare Department in collaboration with PBB Foundation, they have been employed in Chennai’s firm Labornet on an initial salary of Rs.10500.

Before leaving for Chennai, a farewell ceremony was organized in the auditorium at Indira Bhavan in which Child and Women Welfare Minister Swati Singh participated as the chief guest.

The Women’s Welfare Minister said that children are the future of the country, it is my wish that they should progress a lot in life.

This is an attempt to make the vision of Prime Minister Narendra Modi’s Vision Making India and Mudra Yojana a reality. You gain experience by doing more and more work. He said that just as the dream of self-reliant India has been dreamed by the Prime Minister of our country and the Chief Minister of the state, my department started by making adolescents self-reliant to fulfill these objectives.

Principal Secretary Women and Child Development Ms. V Hekali Jhimomi said that this is just the beginning from Lucknow, we will develop various opportunities for the children of all government homes in future through other BIT institutions. He assured all the teenagers to let us know if there is any problem in the new city, we are always with you.

Director Women’s Welfare Manoj Rai, who embodied the whole effort, said that we are sensitive for the future of children residing in government homes, nothing more than a pleasant feeling to make a destitute child self-reliant, with the help of PBB Foundation, this is a new are the beginning.

It is to be known that all these 21 teenagers of the post-government homes, Avang, Durgesh, Raju, Raviul, Rohit, Sajan, Surendra, Shailendra, Salim, Roshidul, Pradeep, Sonu, Bablu, Rahul, Vikas, Sunil, Suraj, Lakhan, Joshi and Sunil has completed his education while living in Government Children’s Homes, as well as after completing 18 years of age, he was given one month extensive training in mobile repairing with the help of PBB Foundation. During the training, on-job training was also given to all the adolescents.

Kishore Sajan, who has received training, while talking to the Minister, Swati Singh, said that at the beginning of teaching, I did not feel like it at all, but as I learned to repair it by opening the mobile, my interest increased and today I am happy that After learning now I am going to Chennai for job.

While sharing his experience, Kishore Sunil said that I had never thought that after getting a job like this, I would go to work in such a big company of such a big city, for me this dream is fulfilled.

After training these teenagers were provided with a complete toolkit by the PBBPP Foundation so that this toolkit will help them if they want to start their own business in future. On this occasion, all the necessary items and a mobile were provided by the department to all the teenagers to start a new life in the new city.

In the program, Deputy Director of Lucknow Circle, Sarvesh Pandey, other departmental officers and representatives of ICICI Foundation were also present. 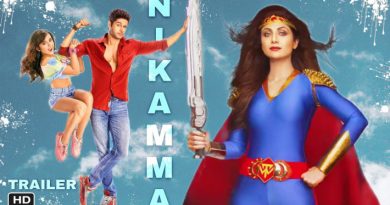