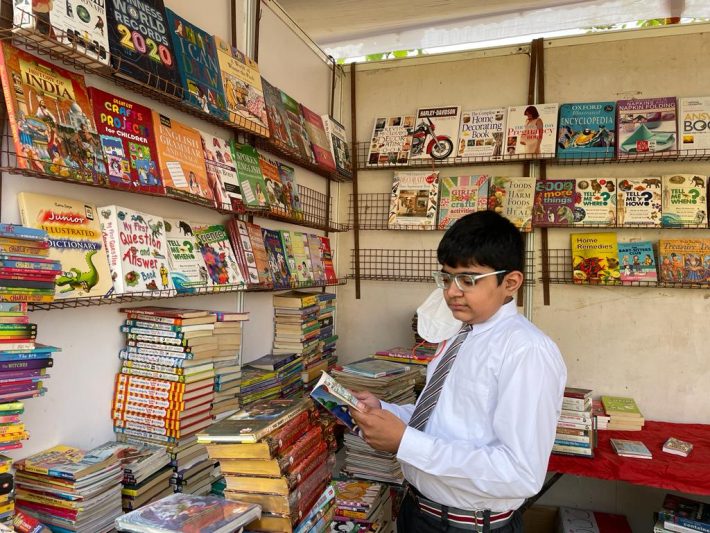 Lucknow:  On the second day of the ongoing Lucknow Book Fair at Charbagh Children’s Museum, the book lovers started turning up in large numbers. Literary lovers enjoyed literary and cultural events. There was movement of people till late evening.

Apart from Rajkamal and Rajpal Prakashan, books from other publishers are on the stall of Bookland Pratishthan. In which Ashok Kumar Pandey’s He Killed Gandhi, Kashmir and Kashmiri Pandits, Kashmirnama, Sahir Ludhianvi’s Talks etc. are prominent books.

The Lucknow Book Fair, based on the theme ‘Ek Bharat, Shrestha Bharat’, will continue till April 3. For the first time, Kolkata Library has also participated in the fair. The director of the fair, Akarsh Chandel, said that this 10-day fair will run from 11 am to 9 pm every day till April 3. Following Covid-19, free entry is being given in the fair. Minimum 10% discount is being given on every book. Free stalls of published books of authors have been set up. Stalls of books in many languages ​​like Hindi, English, Urdu and Sindhi along with other related materials are decorated in the fair. Major publishers include Publications Division, National Book Trust, Bharatiya Jnanpith, National Library Kolkata, Vani Prakashan, Uttar Pradesh Hindi Sansthan, Sasta Sahitya Mandal, Sindhi Bhasha National Council, Sri Ramakrishna Mission, Publications Institute, Scholars Hub etc.

On behalf of the Akhil Bhartiya Agit Parishad, a poetry festival dedicated to litterateur Dr. Ranganath Mishra ‘Satya’ took place on the platform of the book fair. Prof. VG Goswami’s work “Ehsaas Ki Ibaratein” was launched. In the Vishwam Mahotsav organized on the stage during the day, children and youth showed their skills in the competition of dance, singing. In which the children of Creative Dance Academy, Navyug Girls College showed enthusiasm. Posters were made on Ek Bharat Shreshtha Bharat and environmental protection. 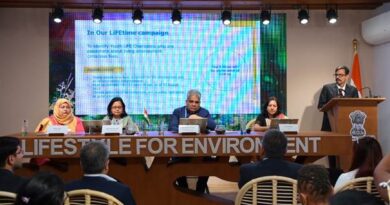 “In our LiFEtime” Campaign launched by India at COP 27, Sharm El-Sheikh 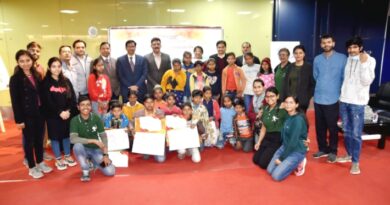