Lucknow: The Ekana stadium reverberated with applause as soon as Tokyo Olympics gold medallist Neeraj Chopra came on the stage. Neeraj said that so much nervousness did not happen in the Olympic Stadium. What followed at the Ekana was a spectacle never seen before in the city.

Showering laurels on Gold medallists this year, the UP government gave an amount of Rs 2 crore to Neeraj Chopra for ushering in Olympic glory. One and a half crore rupees were given to silver medalists and one crore rupees each to the bronze medal winners.

Uttar Pradesh this year sent a highly talented team of ten Olympians as part of the contingent that competed for medals that are often seen as the Gold standard in sports and athletics. It’s been a magical spell that Olympians this year ringed in.  In a massive event held at the Ekana stadium in Lucknow the Uttar Pradesh government honored the players who performed brilliantly in Tokyo Olympics 2020 at the Ekana Stadium in Lucknow. Chief Minister Yogi Adityanath and Governor Anandiben Patel were present on the occasion. CM Yogi honored all players by giving cash prize cheques.

All members of men’s hockey team that won the bronze medal were given a prize of Rs.1 crore each and the members of the women’s hockey team who performed the best so far were given Rs.50 lakh each. A separate amount was also given to all the players of the state involved in the Olympics as a mark of respect. The list includes – Priyanka Goswami (Athletics), Saurabh Chaudhary (Shooting), Satish Kumar (Boxing), Mairaj Khan (Shooting), Arvind Singh (Rowing), Shivpal Singh (Athletics), Lalit Upadhyay (Athletics) representing India in Tokyo Olympic Games Hockey), Annu Rani (Athletics), Seema Punia (Athletics) and Vandana Kataria (Women’s Hockey) were also given special awards.

Uttar Pradesh’s Sports and Panchayati State Minister Upendra Tiwari said today is a day of joy for Uttar Pradesh. He said those  who have won medals for the country are being honored. He said, our players have increased the honor and respect of the entire country on the scale of the world.

Amidst applause, Captain Rani Rampal of women’s hockey team said three matches were lost, but in the first match we played against Holland and played well. From there came the encouragement. Uttar Pradesh is the first state, which not only invited the medal winners but everyone. This will create hope in everyone’s heart that our honor will also be ahead.

Lalit Upadhyay of Varanasi, who has played more than 100 international matches for India, said it is a matter of pride to play hockey for the country.

Indian Wrestler Bajrang Punia said wrestling is such a sport, which has given us medal 4 times. Brij Bhushan Sharan, President of Wrestling Association has benefited wrestling. PV. Sindhu first thanked the Uttar Pradesh government. She said we were honored last time also. This honor means a lot to us.

Wrestler Ravi Dahiya said that such a good program was done. He said that the goal of victory was only in mind. We were already trained for this. Golfer Aditi Ashok were also given special honors.

Similar programs will also be held in all 75 districts of the state. In this, 75-75 players will be honored at the district level in the program organized at all 75 district headquarters under Mission Yuva Shakti. 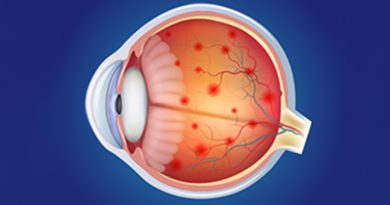 Diabetic Retinopathy a major cause of concern in India

Trueblue Khaki crusaders get honoured for their distinguished service