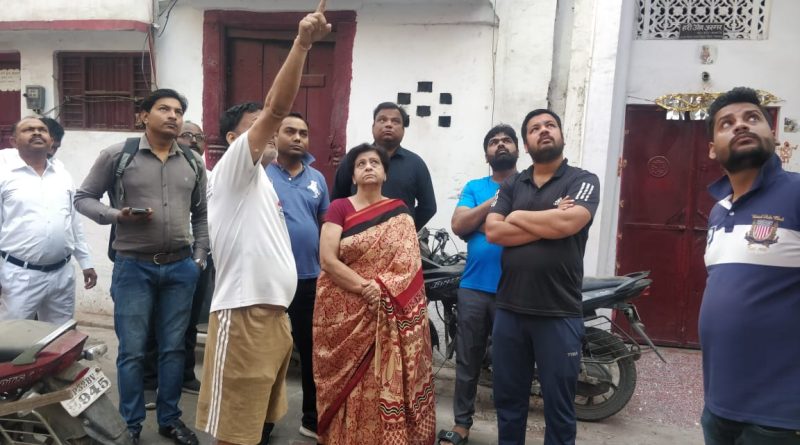 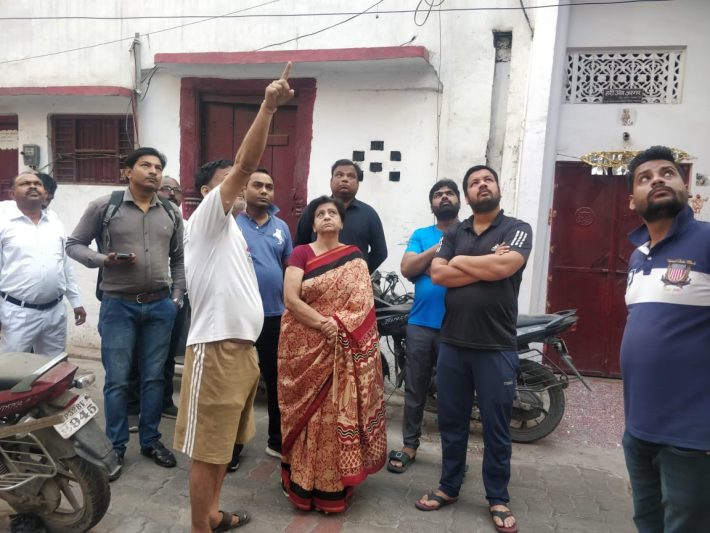 Lucknow:  Mayor Sanyukta Bhatia made a surprise inspection of the cleanliness system in Maulviganj and Mashakganj wards of the Central Legislative Assembly, and instructed Municipal Commissioner Ajay Dwivedi to suspend supervisor Santosh in Mashkaganj ward and impose a fine of Rs 1 lakh on the executive body.

During the inspection, Mayor Sanyukta Bhatia found litter in Maulviganj ward and on the road, on which she reprimanded the Municipal Engineer and directed to remove litter by campaigning, as well as Mohan Nigam in 158/100 Ganga Prasad Kheda, Unique Traders in Mashkganj, Dr. Rohilla Asifi, Pandit Wardana, directed to send notice and impose fine for encroachment in Jashn Palace.

In Maulviganj, the mayor reprimanded the supervisor after getting garbage on the road and got it cleaned in front of her.

In Mashkganj ward, Mayor Sanyukta Bhatia got the drains blocked and garbage was found everywhere, on asking the local people, it was told that there is no broom for weeks, on which the mayor called the supervisor  and inquired, to which he did not give a satisfactory answer. The mayor expressed her displeasure and called the Municipal Commissioner to suspend the supervisor and impose a fine.

Simultaneously, while coming from Naka intersection to Charbagh in Charbagh, the Mayor reprimanded the Zonal Officer Arun Chaudhary and directed the Sanitation Inspector to issue a show-cause notice as the drain was choked near Narula Ice Cream.

Reprimanded for negligence  in garbage collection in Maulviganj and Masakganj wards and directed to issue notices.

During the inspection, along with Mayor Sanyukta Bhatia, Maulviganj ward councilor Mukesh Singh Monty, Mandal President Himanshu Raj Sonkar, Zonal Sanitary Officer, Ward President of Ecogreen and others were present on the spot.

Pitching Brand U.P to the World

TO SIR, WITH LOVE