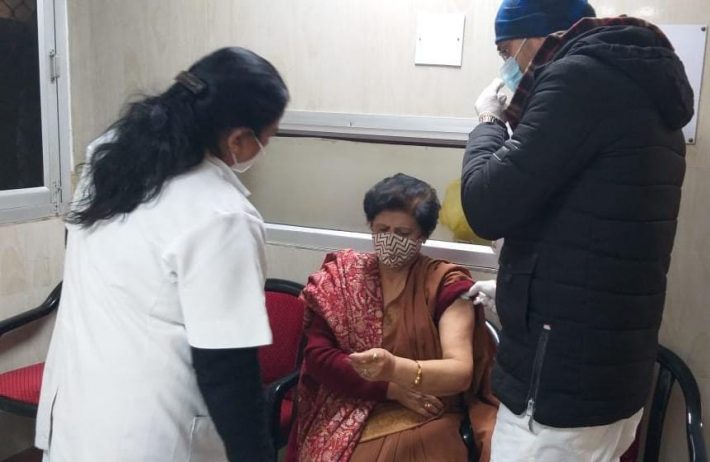 The mayor told that the first dose was administered to her on 8 March 2021, while inaugurating the special pink booth for women at Shyama Prasad Mukherjee Hospital on Women’s Day and the second dose was administered on 5 April 2021. Due to which I have been able to serve the public while staying safe in both the waves of Corona.
Before the second wave, even after getting my entire family and staff corona positive, I was safe because of getting the vaccine on time and I did not get corona and I continued to work actively among the public.

Mayor Sanyukta Bhatia further appealed that the outbreak of corona epidemic is not over yet, so all the people must get both the doses of the vaccine as well as the old people and all the people working on the front line must get the booster dose.

Riot of colours at Ramayana Conclave 2021