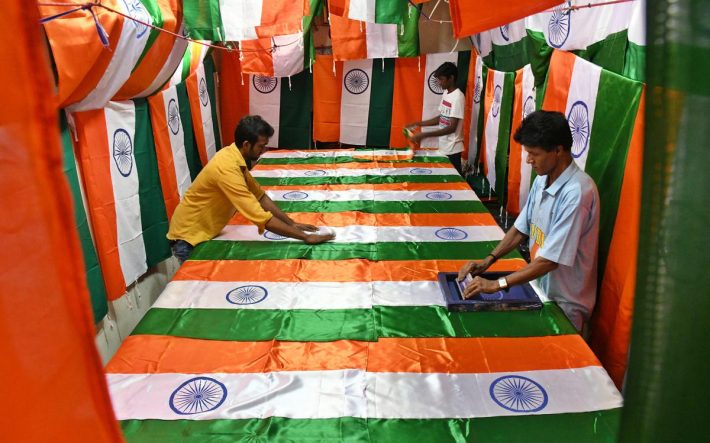 Lucknow: The Mayor held a meeting in the Municipal Corporation to take the “Har Ghar Tiranga” campaign to the people, adding that the tricolor will be hoisted proudly in the capital Lucknow.

Mayor  Sanyukta Bhatia made a comprehensive action plan by holding a meeting with the councilors and municipal officials of Lucknow to take the Tricolor campaign to each house.

To take this campaign to the masses, the Municipal Corporation will provide two lakh flags, which will be distributed in all 110 wards. The Mayor directed that the zonal officers will cooperate with the councilors, voluntary organizations in all the wards to distribute and hoist the flag from house to house.

During the meeting, the mayor gave the following instructions regarding the tricolor campaign at every house:-

* All major squares of the city will be decorated with tricolor lights.
* Tricolor will be hoisted in all the offices (zones and others) including the municipal corporation. Councilors will also hoist the tricolor in      their offices.
* The Municipal Corporation will run a special awareness campaign for the Har Ghar Tiranga scheme.
* In the Har Ghar Tiranga Yojana, the tricolor flag will also be distributed among the public by the sanitation workers and the sweepers will appeal to the people to hoist the tricolor at homes.
* All the councilors will go door to door and distribute the tricolor by doing public relations.
* Responsibility has been fixed by the Mayor for hoisting the tricolor in all the shops of all the markets, the zonal officers will contact the        trade boards in the markets falling in their areas and make a plan for hoisting the tricolor.
* The mayor told that if the residents of Lucknow do not get the tricolor or face any problem, they can get the tricolor by contacting their       zonal offices.
* The mayor has appealed to become a volunteer for the Tricolor campaign at Har Ghar. Those who, along with the Municipal               Corporation, will provide their time and cooperation to make the public aware in the tricolor campaign.

On this occasion, Mayor Sanyukta Bhatia said that with the inspiration of Prime Minister Narendra Modi, August 11 to 17 is being organized as Independence Week. This is a special occasion for all of us countrymen.

On the occasion of the Amrit Festival of Independence, the sight of the tricolor hoisting in every house is thrilling in itself. It is our good fortune that we are celebrating 75 years of independence with joy, then this opportunity will not be available. This campaign will not only hoist the tricolor in every house with pride, but will also create a feeling of patriotism among all the countrymen.

In the Amrit Mahotsav of the 75th anniversary of independence, it is our wish that every house hoists the tricolor and the state capital is dressed like a bride.

Told in the mayor that now you can hoist the tricolor at home 24 hours a day. Couldn’t do this before. For this, Prime Minister Modi has changed some rules of the Flag Code 2002, after this, now on this occasion the national flag tricolor can be hoisted both day and night. Earlier the tricolor could be flown only from sunrise to sunset. Make arrangements for this information to reach all citizens. The Mayor further said that this is a matter of national importance for all of us. 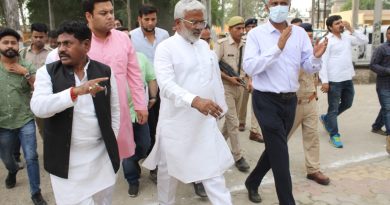 Lucknow on a festive spree