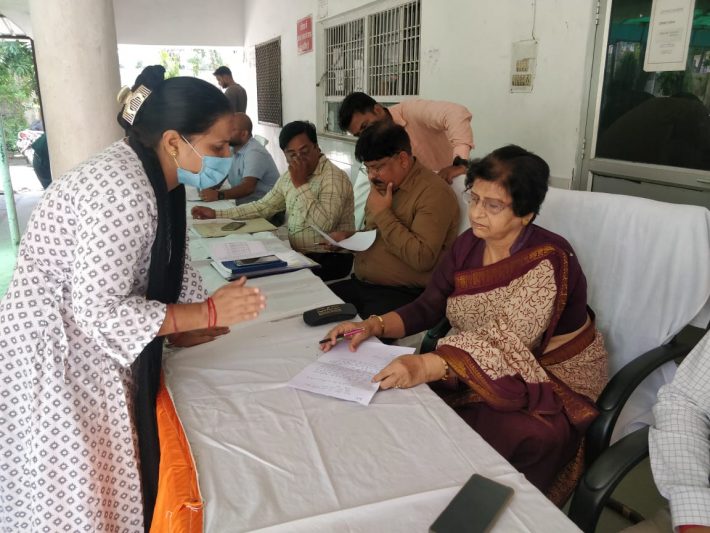 Lucknow: Lokmangal Day was organized in Zone 3 and Zone 4 in which  Raunak, a resident of Khadra, told the Mayor Sanyukta Bhatia that the drain located in front of his house had not been cleaned, on which the mayor directed the zonal sanitary officer to solve the problem.

Aliganj resident Reena Chaurasia told the mayor that there is no cleanliness near her house, and the drains are clogged, on which the mayor directed the zonal sanitary officer to take action.

Mohan, a resident of Virat Khand of Gomtinagar, told the mayor that the street light in front of his house was bad for a long time due to which the darkness remains, on which the mayor directed the executive officer Marg Prakash to get the light points corrected.

Saurabh Mishra, a resident of Vishal block of Gomtinagar, told the mayor that the park in front of his house was in the bad condition of Submersible, due to which water was not being given to the trees in the park, on which Mayor Sanyukta Bhatia directed General Manager Jalkal to solve the problem.