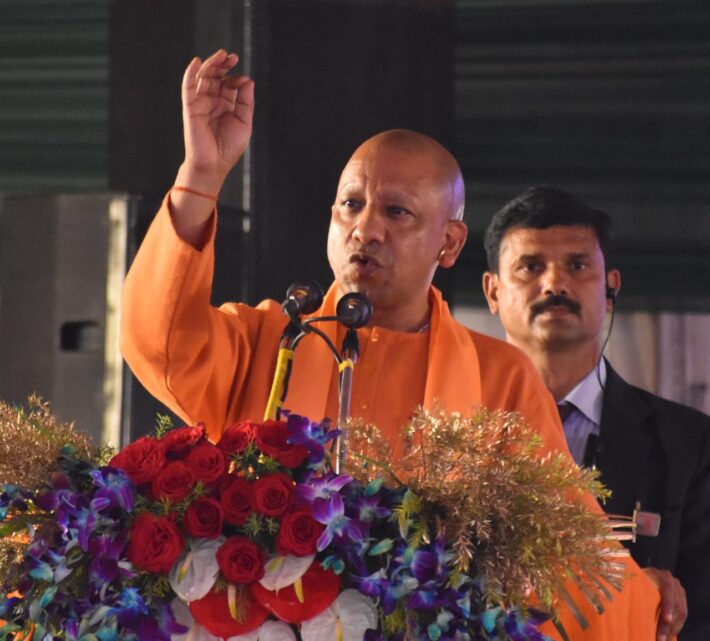 The local artisans have helped develop Meerut as a sports city: Yogi Adityanath

Meerut: Chief Minister Yogi Adityanath on Wednesday stated that Meerut is advancing in the race for development at a new rate, and that the city would soon be known for its first sports university, state-of-the-art development, and skill development.

While inaugurating/laying the foundation stone of 376 development projects worth Rs 517 crore and addressing the Prabuddhjan Sammelan, Yogi said, “Meerut and its surrounding areas are getting the world’s latest facilities.

Meerut’s sports items marked under the One District One Product scheme are becoming the identity of Meerut.”

The Chief Minister also gave house keys and cheques to the beneficiaries of various schemes on the occasion.

Speaking on the occasion, the Chief Minister said that Meerut had a mythological identity of its own. “India’s history was created in Hastinapur of Meerut 5000 years ago. Here, the handicraftsman and artists have transformed Meerut into a sports city. All sporting goods are produced in Meerut.”

Keeping these qualities of Meerut in mind, the double-engine government is working tirelessly for the development of Meerut and Western Uttar Pradesh, Yogi added.

Highlighting the development of Meerut, the CM stated that the 12-lane expressway is sufficient to travel the distance between Delhi and Meerut in about 45 minutes. The trip from Meerut to Delhi used to take three to four hours, but it can now be made in 45 minutes.

The country’s first rapid rail is also being built between Delhi-Meerut, the CM said, adding, “I am congratulating Meerut in advance for this. If you choose good people, good results will come. When good governments come, development also comes along with them.”

CM Yogi further said that after Prime Minister Narendra Modi took over the reins of the country in 2014, terrorism, and Naxalism have completely ended in the country. It is because of the double engine government in Uttar Pradesh that the law and order situation in the state is providing a better security environment. The state has become riot free, curfew free, respecting faith, guaranteeing security to every citizen.

“Earlier the mafias, goons, and criminals used to stop girls from going to school. The traders and entrepreneurs had to pay Gunda tax. Nobody wanted to invest. The situation has changed, our government is providing security to women and businessmen in the state,” Yogi pointed out.

He remarked: “The mafia is wandering the streets with placards hanging around their necks pleading for their lives.”

CM Yogi said that Meerut is developing as a smart city and we are connecting ITMS with Safe City in Smart City. “Whether it is the sisters and daughters, a businessman, or a regular person, if someone dared to compromise their security, the police would have punished them. We are developing ITMS as Integrated Command and Control in Smart City.”

Yogi said that a favourable investment environment has been created in the state. Uttar Pradesh has the potential to become the growth engine of the country’s economy. Keeping this potential in mind, according to the vision of PM Modi, Uttar Pradesh’s economy has to be made a million dollar economy, then massive investment needs to be attracted.

He appealed to the intellectuals to contribute in achieving the goal of the government. 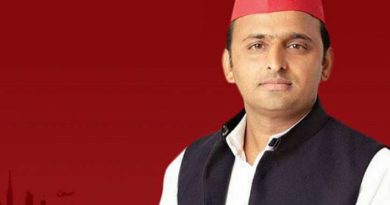 Is Akhilesh Yadav the new lone ranger in U.P. politics ? 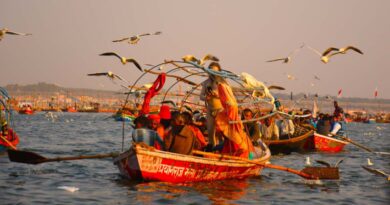 Plans afoot to organize the Greatest Show on Earth 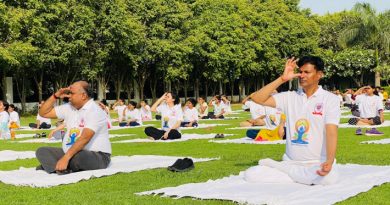 Yoga for Humanity at SR Group of Institutions