According to BJP leaders, Kalyan Singh has been a frequent visitor to Meerut since 1974. During the Jana Sangh era in 1974, the Janata Party rule in 1977 and after the formation of the BJP, his second home was Meerut and Bulandshahr. He had made former BJP state president Dr. Laxmikant Vajpayee as his disciple.

In the year-2014, the first rally of BJP for the Lok Sabha elections was started from Meerut, the land of revolutionaries. To make the BJP government at the Center and Narendra Modi the Prime Minister, a Vijay Shankhnad rally was organized in Shatabdi Nagar on Delhi Road here. In this rally, Kalyan Singh started his speech with Jai Shri Ram. He requested the public to speak loudly to get the proclamation of Jai Shri Ram. He had said, “Itna dheere bolge toh kaise mandir kaise hai.” After this he started his speech.

This tour was his last visit to Meerut. In his speech of about 23 minutes, he appealed to the people of the country to make Narendra Modi the Prime Minister. On Singh’s death, former BJP state president Dr. Laxmikant Bajpai said, “The shadow of the Guru has been wiped off  my head. He always considered me as a disciple. Whatever I learned in politics, I learned from Babuji. He taught politics a, b, c. If I made a mistake, I was scolded. Like a guru scolds his disciple, but immediately used to tell that it is wrong. It should not be like this. Babuji gave a lot. Gave so much that could not even expect. Babuji has always been the epitome of simplicity.

Recalling Singh, MP from Meerut, Rajendra Agarwal told the media, “Chief Minister Kalyan Singh had come to Meerut in 1997. At that time I used to be the metropolitan president of BJP. Rajnath Singh also accompanied him. As a Chief Minister, I had the opportunity to welcome him. Such a good hearted guide will always be missed.”

On Singh’s death, Subhadra Sharma, a resident of Meerut’s Khatta Road, cried, “Bhai left the world a day before Raksha Bandhan. I used to pray everyday that Kalyan Singh should get some more years so that he can visit the grand Ram temple (in Ayodhya).” 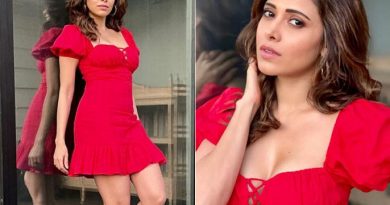