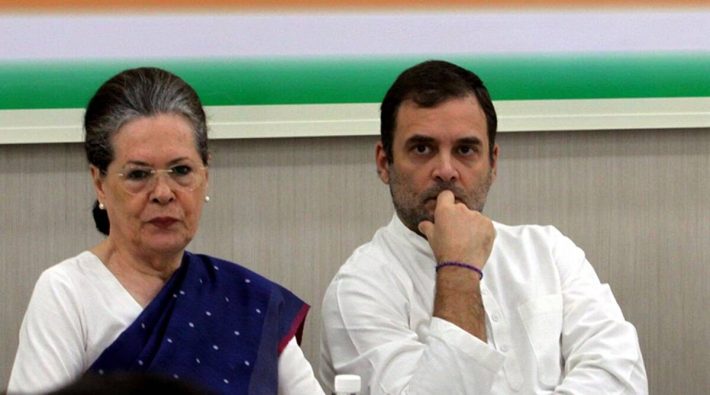 New Delhi: The round of meetings of leaders and President Sonia Gandhi, demanding change in Congress, is going on. On Tuesday, senior party leaders Anand Sharma, Manish Tewari and Vivek Tankha also reached Sonia’s residence. It is reported that the party president may soon hold a meeting with other leaders as well. The special thing is that since the defeat of the Congress in the assembly elections of five states, the party leaders have again raised their voice against the leadership.

According to the report, after meeting Congress veteran Ghulam Nabi Azad on Friday, Sonia Gandhi met three more G-23 leaders on Tuesday. During this, discussions were held regarding the ongoing crisis in the party and its solution. It is believed that in the coming days, Sonia can hold a meeting with other leaders as well.

The report quoted sources as saying that the leaders told Sonia Gandhi that the leadership should not depend on certain leaders for the affairs of the party. Apart from this, the three leaders talked about establishing the model of collective decision.

These efforts on behalf of Sonia are being seen as an attempt to pacify the anger of the leaders and not let the situation go out of control. Some G-23 leaders may be given positions and responsibilities at the organizational level to quell dissent. However, according to the report, it is believed that Sonia told the leaders that a new president is to be elected in August-September and in view of this, major surgery or changes are not possible at the moment.

Sources said that during the meeting, the leaders enumerated several issues related to the functioning of the party and the methods of decision-making. Sources said that Sonia has responded positively to the suggestions of the leaders and she has agreed that there is a need to change the way the party works.