Mumbai: The ongoing political crisis in Maharashtra has deepened for the last few days. Tomorrow is the day of an acid test for  the Government of Maharashtra. Actually, Governor Bhagat Singh Koshyari has called a special session of the Legislative Assembly on June 30. In this special session floor test will be held between 11 am to 5 pm. The Maha Vikas Aghadi government will have to prove its majority during this period.

After the governor’s order to conduct floor test, the round of meetings is going on. A meeting of party leaders is being held at NCP Chief Sharad Pawar’s house. On the other hand, former CM and BJP leader Devendra Fadnavis has also called a meeting of BJP leaders at his residence.

Reportedly Eknath Shinde along with all the rebel MLAs will reach Mumbai on June 30. Shinde along with other MLAs offered prayers at the Kamakhya Devi temple in Guwahati on Wednesday morning. Talking to the media after leaving the temple, he said, ‘I have come here to pray for the peace and happiness of Maharashtra. Will go to Mumbai tomorrow for floor test and follow all the procedure.

News agency ANI has given big information quoting sources. According to sources, the rebel MLAs of Maharashtra will leave for Goa. For this 70 rooms have been booked at Taj Resort & Convention Center Goa. The rebel MLAs will fly to Mumbai tomorrow and go straight to the Maharashtra Assembly. Sources say that the BJP directed its MLAs to assemble at the Taj President Hotel in Mumbai this evening. 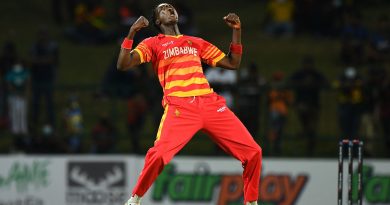 Royal Finserv out with there UPI payment app, RoyalPe