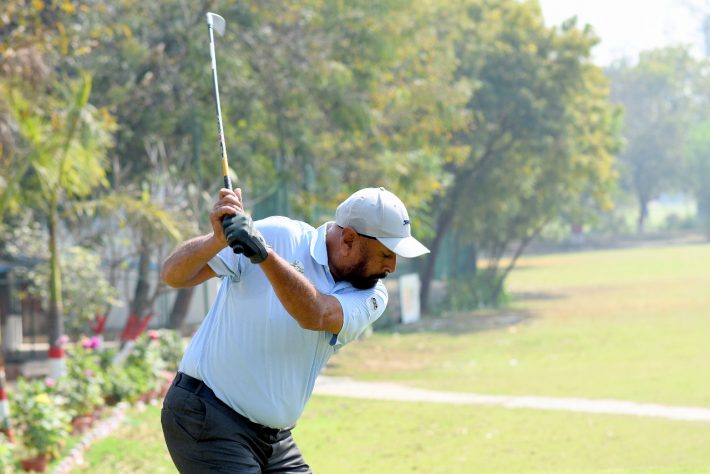 Lucknow, March 10: Microlit Eagles continued their impressive form by winning their Plate quarter final against Bhutani Basecamp Champions comfortably to book their place in the final four of the Plate division of the Awadh Golf League powered by Halwasiya Group, here today.

They will face off against Mauribagh Kings who had to overcome a spirited Jugal Kishore Nawabs side after a three hole playoff was needed as the teams shared the points after the five regulation games.

In the third Plate quarterfinal, Microlit Eagles started favourites but Bhutani Basecamp Champions started fast off the blocks with early leads in singles. However, the resolve and momentum of the Eagles meant they never let their deficits get out of hand and clawed their way back impressively over the course of the match. Skipper RS Nanda & Sudhanshu Dubey recorded the most impressive win for Eagles while their in-form player Manoj Kumar Shukla, turned around his match after being 4 holes down at one stage to win 3&1 over Virendra Srivastava.

In the 4th Plate quarter final, Mauribagh Kings & Jugal Kishore Nawabs traded blows with each at regular intervals with the lead changing hands multiple times. Col. Tushar Vij & Lt. Col. Lamba sealed the match for the Kings with a fine birdie on the first playoff hole. They conveniently managed to halve the next two to mark a semi final place of their own.

The Awadh Golf League has now reached the semi final stage with the championship semi finals being played on Friday.

New Beginning of Ojas 21 at Jaipuria Institute of Management