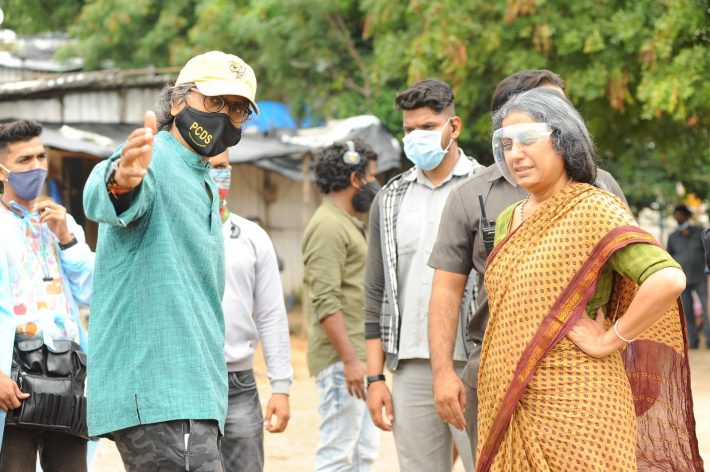 Mumbai: It’s going to rain love soon in the City of Pearls and places around as Amazon Prime Video is all set to globally launch Modern Love Hyderabad on July 8, 2022. Being Prime Video’s first Telugu Amazon Original series, Modern Love Hyderabad explores the vast spectrum of love through six beautifully woven stories. Celebrated filmmaker Nagesh Kukunoor, who directed films including the famous Hyderabad Blues, Rockford, Iqbal and Dor among others, is not only the showrunner (and writer) of the series, he has directed three of the six-episodic stories in his mother tongue Telugu, which has bolstered his courage to make content in this language.

While he recently made his first Telugu feature film, Good Luck Sakhi, it was with Modern Love Hyderabad that he got to helm three stories with distinctive touches, a tough task but something that challenged and appealed to him. Though Telugu is Nagesh’s mother tongue, the director grew up speaking largely in English and Dakhni, and thus the transition to Hindi has been easier for him.

Commenting on his foray into Telugu language content, the filmmaker said, “Over the years, I got asked if I was going to make movies in Telugu and I would always tell the people that when I’m confident about tackling the language, I will. It was just sheer coincidence that I started shooting this film a little before Modern Love. Otherwise, I think my first foray into the Telugu space would have been Modern Love Hyderabad because it allowed me to explore different kinds of stories. It gave me a chance to be creative in writing”.

Explaining further on the creative freedom he enjoyed with the Prime Video series, Kukunoor said that while directing a typical feature him one has to stick to one storyline and what does or doesn’t work for the audience. However, with Modern Love Hyderabad, it wasn’t the same. “Here, I had free reign. So, this was far more exciting to venture into the Telugu space. Having shot it now, I’m a whole lot more open to working. Clearly, my confidence to work with my mother tongue has grown tenfold because of the show and by working with multiple actors. So, I think I might do more”.

The three stories directed by Nagesh for Modern Love Hyderabad include Suhasini Maniratnam-Naresh Agastya’s ‘Why did she leave me there’, Ritu Varma’s and Aadhi Pinisetty’s ‘Fuzzy, Purple & Full of Thorns’, and Nithya Menen – Revathy-starrer ‘My Unlike Pandemic Dream Partner’.

Produced under the banner of SIC Productions, Modern Love Hyderabad will be available to stream on Prime Video starting 8 July, 2022 in over 240 countries and territories.

Sushmita Sen has always been my inspiration says Navdeep Kaur

So what is Pulkit Samrat’s Kaka Connection? Any Guesses?