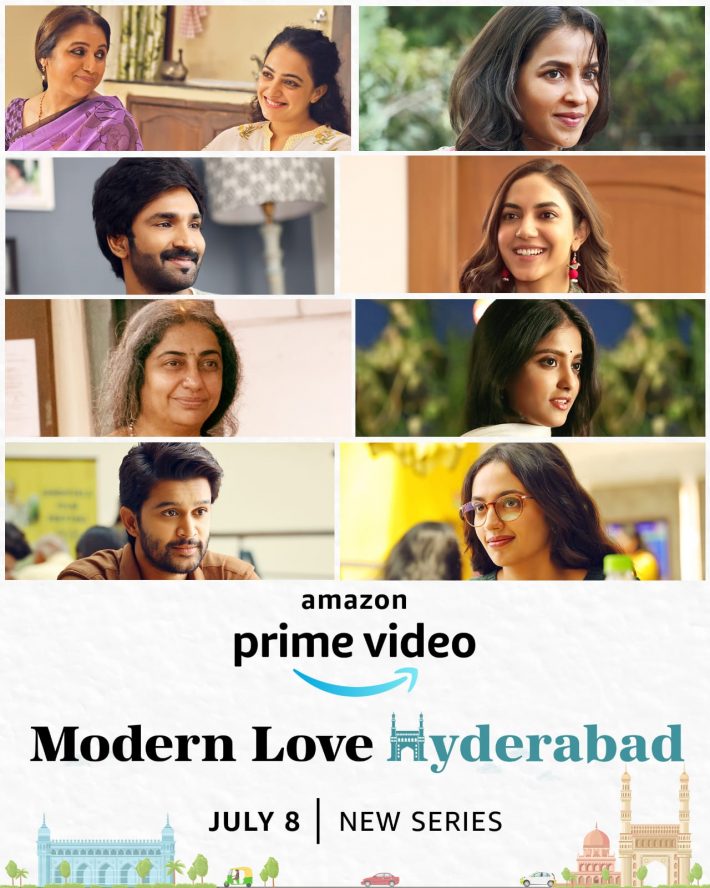 The much-awaited anthology of the season, Modern Love Hyderabad is finally released and we can say it started to spread its charm on the very first day itself. While the series is well studded with some of the greatest talents of the industry, portraying different shades of love, it has come as a perfect treat for the audience after the successful run of its first local edition, Modern Love Mumbai.

As the series has just been released on Amazon Prime Video it has taken the internet by storm by receiving love from the audience. The fans started to express their love for the series while they were seen praising the talented star cast for their fabulous work and recommending it as a must-watch. Moreover, it seems like the series has successfully registered its core value of portraying love in different forms while giving it a local touch to connect with its audience.

Here are some comments from the netizens that show their love for the anthology.

Every episode in the Modern Love series is based on the TRUE EVENTS which are published in TheNewYorkTimes weekly column of the same name
Kudos to the Entire cast and crew of#ModernLoveHyderabad to make sure that these stories connected to our native#abijeet#ModernLoveonPrime pic.twitter.com/38Y07j7jpR

What an amazing short film by the powerhouse talents revathi and Nithya menen. It was so subtle and with amazing acting. Really enjoyed the first short film in #ModernLoveHyderabad

GANGAMMA – I just LOVE you. ❤️I don't have enough words to express my emotions watching my Legendary Suhasini ma'am as Gangamma. She just nailed it, all the small small emotion directly connected to my heart.❤️#ModernLoveHyderabad do watch on Amazon Prime.❤

#ModernLoveHyderabad strongly recommended 4 every #Hyderabadi @kukunoor_nagesh trust you to bring out the spirit of #Hyd so heartenigly well & show pure love in it's many forms. Stories 👏- performances 👌#Review @ElaheHiptoola congratulations @PrimeVideo #ModernLoveOnPrime pic.twitter.com/5K1IfNw3zY

Story is very realistic and Abijeet as Ashwin and Malavika as Vinne nailed it. The chemistry between them is beautiful 🥰🥰

Modern Love Hyderabad is produced by Elahe Hiptoola with Nagesh Kukunoor as the showrunner and the episodes are directed by Nagesh Kukunoor, Venkatesh Maha, Uday Gurrala and Devika Bahudhanam, and is released on Amazon Prime Video on the 8th of July 2022