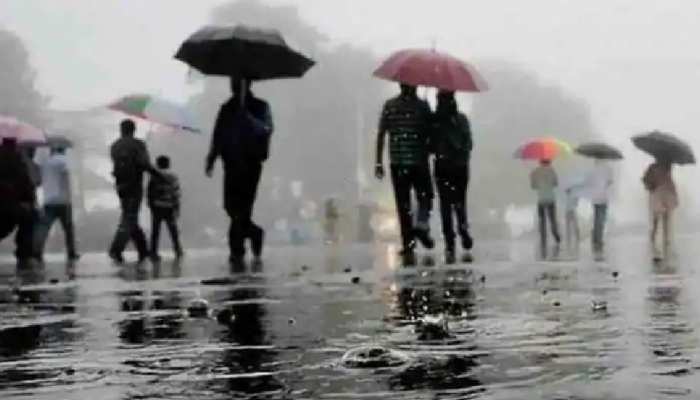 Lucknow: The weather in the state of Uttar Pradesh has been swinging between hot and pleasant. In many districts of Uttar Pradesh, the weather turned pleasant this morning due to cloudy sky and cold winds. But  with the strong sun in the afternoon, once again people were troubled by the heat. With movement of clouds, some drop in temperature was felt.

Meanwhile the Meteorological Department has issued an alert that there will be rain in many districts including UP’s capital Lucknow, Gorakhpur, Amethi, between the day after tomorrow. Monsoon will come early this year.

The temperature in Prayagraj was recorded above 45 degrees on Wednesday. Due to the cold air with clouds, the heat has reduced slightly compared to yesterday.

The Meteorological Department says that after May 21, there are chances of rain. By May 23, along with strong winds, rain can bring a gift of coolness on the scorching earth.

The sky is raining fire in Etah, Hathras, Kasganj, Etawah, Auraiya and Farrukhabad districts. At the same time, Mahoba, Jhansi, Banda, Lalitpur, Jalaun, Hamirpur and Chitrakoot of Bundelkhand region are so hot that it has become difficult for people to come out of their homes in the sun.