Speaking on the occasion, the Chief Minister said that the new food processing policy to be soon introduced by the state government will pay special attention to the concerns raised by the entrepreneurs in the MSME sector.  He called upon the entrepreneurs attending the conference to get ready for the Global Investors Summit, which will take place in Uttar Pradesh in February.

Congratulating all the entrepreneurs, stakeholders and progressive farmers of the state, the Chief Minister said that UP today is a state with endless potential.

“I am pleased to learn that everyone in UP is considering the opportunities in the field of food processing. Many of you have already scripted stories of success in this sector. I congratulate all entrepreneurs who worked in the field of MSME and food processing industries and contributed to carrying out Prime Minister Modi’s resolve to double the income of “Annadatas” (farmers).”

The Chief Minister further said that there is tremendous potential in the MSME food processing industry. “I just saw the exhibition outside.The efforts of entrepreneurs, stakeholders, and specialists from all over the nation have been seen. When we discuss UP, it is the state with the largest population of the country. Also, the state has the most fertile land. UP is a state with 12 percent of the country’s cultivable land, despite this, 20 percent of the country’s food grains are produced by the farmers of UP.”

Maintaining that only with a ‘Beej Se Bazar Tak’ approach, we can create employment and also fulfill the resolve of increasing the income of the farmers, the CM said that the resolve to make the economy of UP 1 trillion dollar will be fulfilled only when the work in every sector here will be completed effectively with full commitment.

The Chief Minister said: “Uttar Pradesh ranks first in the country in production of wheat, sugarcane, mango, potato, peas, mushroom, watermelon, milk and honey. In addition to being self-sufficient in these food grains, the state is also in a surplus. In these regions, the potential for exports is limitless.”

Stating that Uttar Pradesh is very fortunate in that it already has a huge cluster of MSMEs with as many as 90 lakh units, the CM said that the State Government is coming up with a new policy for each sector separately to give impetus to various sectors of industries.

“Through the sectoral policies, many incentives are being given by the government. The government has brought more than 25 policies so far. Today, the Nivesh Mitra Portal in Uttar Pradesh is the single window platform offering the most services in the nation.”

Highlighting the improved law and order situation in the state, the CM said “Prior to 2017, the state’s MSME industry was on the verge of closure.  Industrialists were looking for the possibility of investment in other states by closing their enterprise from here. But everyone can now see the state’s current law and order condition. Our government has a zero tolerance policy towards crime and criminals, not only for entrepreneurs but for every citizen of the state.”

The CM stated that in addition to security, we also need to keep in mind the fundamental amenities in order to draw in investment. For this, we have worked on the basic system within the state. Earlier, electricity was barely available for three to four hours. All of the districts were in poor condition, with the exception of a handful.

“Today we are providing electricity for 23 to 24 hours at the district headquarters. In rural areas, electricity is being given for 16 to 18 hours. There has been a radical change in the power supply system. Apart from this, the facility of open access has been given to the entrepreneurs.”

He went on to say that the state’s industrial policy would be one of the best policies of the country. “In the area of agriculture, we have accomplished a lot. Many agriculture products were recognised as the ODOP including the Kala Namak rice of Siddharthnagar, touted as the best rice in the world. Apart from this, Desi Ghee of Auraiya, jaggery of Ayodhya and Muzaffarnagar, jute of Ghazipur, banana of Kaushambi, banana fiber of Kushinagar, Amla of Pratapgarh, Moonj of Sultanpur, Dussehri mango of Lucknow, Guava of Prayagraj  all demonstrate how distinctive each district’s food in UP is.”

The Chief Minister said that they are going to take some new steps to promote food processing in the Food Processing Policy 2022.  This will make it easier for farmers to earn better prices by selling their produce straight to the processing sector.  “We will seriously consider your proposal to exempt such produce from mandi duty and cess. In the new processing policy, the government will take full care of the interests of the enterprises associated with the food processing industry.”

Apart from this, the proposal of giving export subsidies is also under consideration with the state government. Additionally, the Department of Labor and Environment has often brought up the issue of harassment of entrepreneurs. The government will set up a committee in this case, and upon the committee’s approval, action will be taken. Any business owner, regardless of industry, shall not experience any difficulties.

The Chief Minister said that many hurdles have also been pointed out regarding purchase of private land and land conversion. Instructions have been given to make efforts at the government level to simplify them.

“Global Investors Summit is going to be organized in Uttar Pradesh in the month of February, in which big entrepreneurs from India and the world are coming. We have made a policy for all the sectors.”

The Chief Minister called upon all the entrepreneurs of the state to start their preparations for the Global Investors Summit from now on. 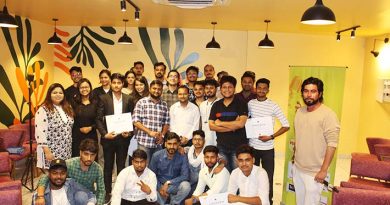 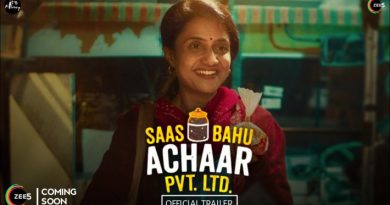 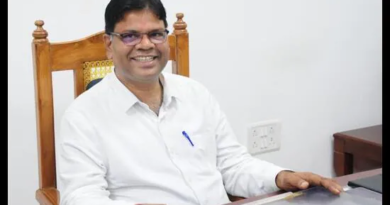