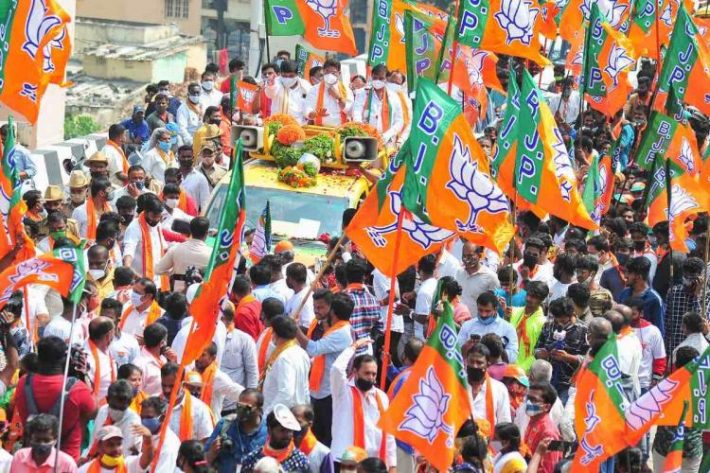 New Delhi: The first phase of the 2022 assembly elections in the state is on February 10. For this phase, all the parties are now busy finalizing the names of their candidates. In this episode, a big meeting of BJP is going to be held in Delhi on Tuesday. In this meeting, the final decision will be taken on the names of about 58 candidates.

According to the information received, senior officials of the state including Chief Minister Yogi Adityanath and both Deputy CM Keshav Prasad Maurya and Dr. Dinesh Sharma will attend this meeting. During this, the final stamp of approval will be put on the names of the candidates for the first phase of elections. In this important meeting to be held in Delhi, the list of candidates sent by the Election Committee of Uttar Pradesh will be considered. Actually, the party wants to seal the names of the candidates as soon as possible because the candidates do not have time to campaign for the elections. In such a situation, all eyes are fixed on this meeting. In this important meeting, all the equations of each assembly seat and possible names of candidates will be discussed.

Earlier, the UP Election Committee meeting of BJP was held at the party headquarters on Monday. In this, the entire 18 member team including CM Yogi Adityanath State President Swatantra Dev Singh took part. According to sources, the candidates of the districts where polling is to be held in the first phase were discussed in this meeting. According to sources, an important decision will be taken in the meeting to be held in Delhi on Tuesday on the possible list of zodiac signs. The meeting of the Election Steering Committee lasted for about two hours. The names that came for the first and second phases of voting were discussed in the election committee. In the meeting, along with brainstorming on the names of potential candidates, the party’s campaign on digital mode was also discussed.

Deols to reunite yet again for Apne 2

Yogi Adityanath is roaming in Bengal when cases like Hathras are happening: Akhilesh Yadav