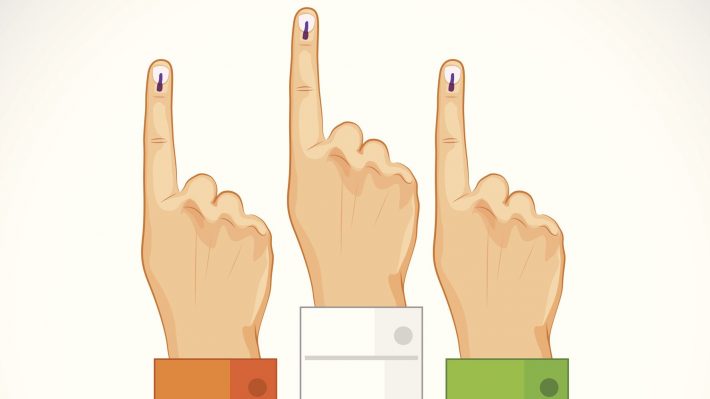 On this occasion, people are congratulating with their views on social media. UP CM Yogi Adityanath posted on social media platform Koo App and said that hearty congratulations to all respected voters on ‘National Voters’ Day’. Voting is the cornerstone of a vibrant and participatory democracy. It is a duty, a right and also the observance of ‘Rashtradharma’. Let us all resolve to vote 100 percent in the upcoming elections to make democracy more powerful.

Former Maharashtra CM Devendra Fadnavis posted on social media platform app Koo App and said that our country is eagerly waiting for the festival of democracy in 5 states. My humble request to all is to exercise such an important right and contribute in putting our states and nation in safe hands. Please vote!

National Spokesperson of Rashtriya Lok Dal, Rohit Agarwal wrote on micro-blogging app Koo that National Voters’ Day, meaning the biggest power given to you by the Constitution, must use your vote, do it wisely, it is your right and nation building. Plays the most important role in…

BJP national spokesperson Gaurav Bhatia wrote on the social media platform Koo App that voting is not only our right – it is our power. Let us all together use the power of our vote to create a better and brighter future. Happy National Voters’ Day to all.

Union Minister Nitin Gadkari wrote on the social media platform Ku on the occasion of National Voters’ Day that on this occasion, let’s encourage, enlighten and inspire young and deserving voters to participate in the electoral process and take a pledge to strengthen democracy. .

Pragatisheel Samajwadi Party (Lohia) National President Shivpal Singh Yadav wrote on multilingual micro-blogging platform Koo App that it is your religion and right to vote, this is the biggest and decisive festival of democracy. Happy National Voters’ Day to all the countrymen.

At the same time, it was said on behalf of the Aam Aadmi Party Uttar Pradesh unit that the real power of democracy is your vote, so be aware of it and use your vote.

Taking a big step ahead of National Voters’ Day, micro-blogging platform Koo App has released a multilingual guide on voter rights and responsibilities. Its objective is to empower first time voters to take informed decisions during the upcoming assembly elections. This Ku Voter guide focuses on the fundamental rights of the voter enshrined in the Constitution of India and brings out the responsibilities that voters need to consider before and after casting their vote. This reflects the efforts of Koo App as a transparent, fair and credible social media mediator, who are involved in increasing voter awareness and building more confidence in the electoral process. As the largest platform enabling expression in native language, Ku Voter Guide is available in Hindi, Marathi, Punjabi and English language to benefit first time voters in all electoral states.

Do Ka Dum: Covaxin, Covishield both in use against COVID – 19 now