Earlier, in the presidential election, the SP had to be deprived of its two allies. Shivpal Yadav and Suheldev Bharatiya Samaj Party (SUBHSP) president Om Prakash Rajbhar, who became MLA after contesting on SP ticket instead of his own party Pragatisheel Samajwadi Party (PSP), openly went in favor of BJP candidate.

The relations of the SP with another ally Mahan Dal also deteriorated considerably. Its leader Keshav Dev Maurya has indicated to leave the alliance. In such a situation, now RLD is its only reliable ally. In the presidential election, RLD stood firmly with the SP and also voted openly in favor of the opposition candidate Yashwant Sinha.

Now the RLD also has to decide its ‘stand’ on the issue of voting in favor of the opposition candidate Margaret Alva in the election of Vice President. The SP has already announced its support for Margaret Alva.

BJP candidate Jagdeep Dhankhar being from the Jat community, there is definitely a situation of confusion in front of the RLD, as the base of the party is more in the Jat dominated districts of western UP. However, senior party leader Surendra Nath Trivedi says that the party will soon declare its ‘stand’. The party does not do politics of any caste but of farmers. Farmers include all castes. 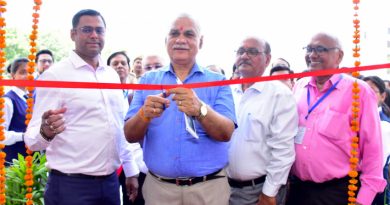